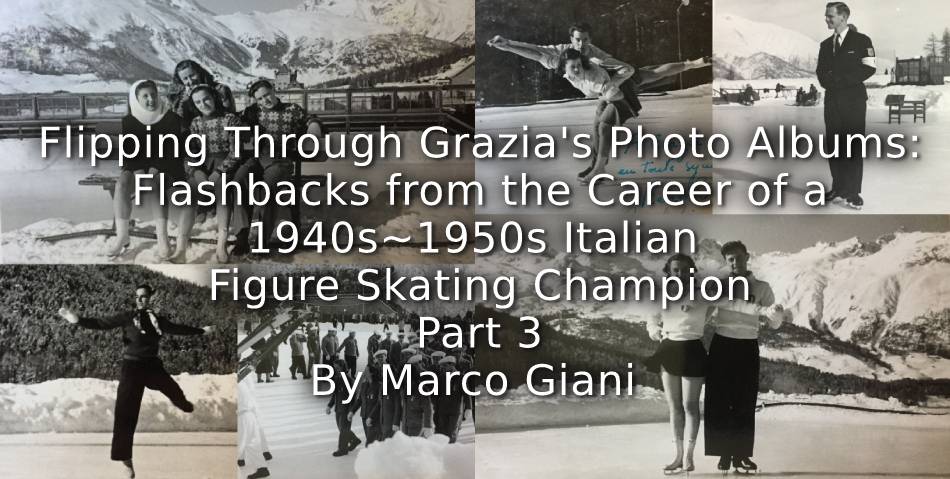 Part 3 concentrates on the Grazia’a second album, referred to as ‘The Brown Album’ and  is dedicated to the 1948 Winter Olympics, held in St. Moritz, Switzerland. Grazia, who was still attending high school, was just 19. 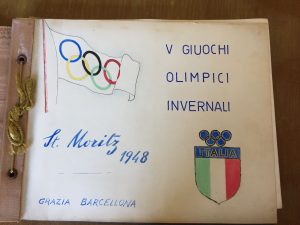 Title page of the ‘Brown Album’ 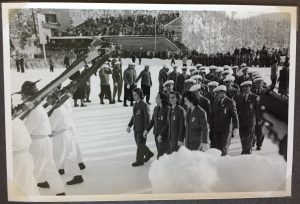 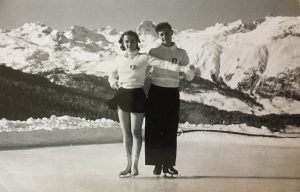 Grazia and Carlo in training, probably in Pontresina 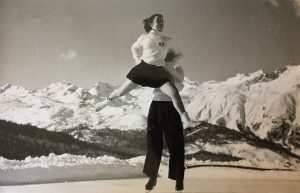 In St. Moritz, while competing at the Olympics, Grazia’s collection of autographed photos increased, with the world Goliaths of ice skating at the time all present … 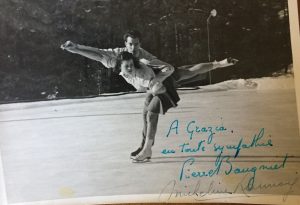 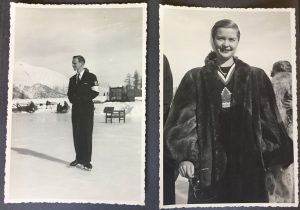 The presence of Costanza “Ciacia” Vigorelli is a little bit of a mystery, in fact, she didn’t compete in any competition. According to Luigi [Grazia’s second son], Ciacia was in St. Moritz to take part in the single figure skating, while Grazia should compete in the pairs with Carlo, who would also compete in the male singles figure skating. But on the competition day Ciacia, after watching her opponents performances, refused to join the competition, so the Federazione Italiana Pattinaggio [FIP – ‘Italian Ice Skating Federation’] officers then decided Grazia was to take Ciacia’s place. This late substitution goes a long way to  explaining why she was only placed 25th of 25 in compulsory figures and 24th in free skating.

Of course Luigi’s version, probably coming from his mother’s tales, needs to be verified. In the previous years Costanza was acclaimed by ice sports press, not only for her victories, but, it must be said, because of her social value. She was the daughter of Remo Vigorelli, a very rich man who was at that time not only the chief of Circolo Pattinatori Milanesi [the skating association to which Ciacia, Grazia and Carlo belonged] but also of the FIP.

In the days before the competition, on 28th January 1948,   Costanza was reported to be competing when Corriere d’Informazione winter sports journalist Ciro Verratti wrote: “in Ladies figure skating we are sure that thanks to Costanza Vigorelli Italy will make a good impression” and on page one of 30th  January 1948 edition of Corriere dell’Informazione contains a photograph of Ciacia, with the caption –  “Costanza Vigorelli, our best figure skating representative at the Olympic Games.” 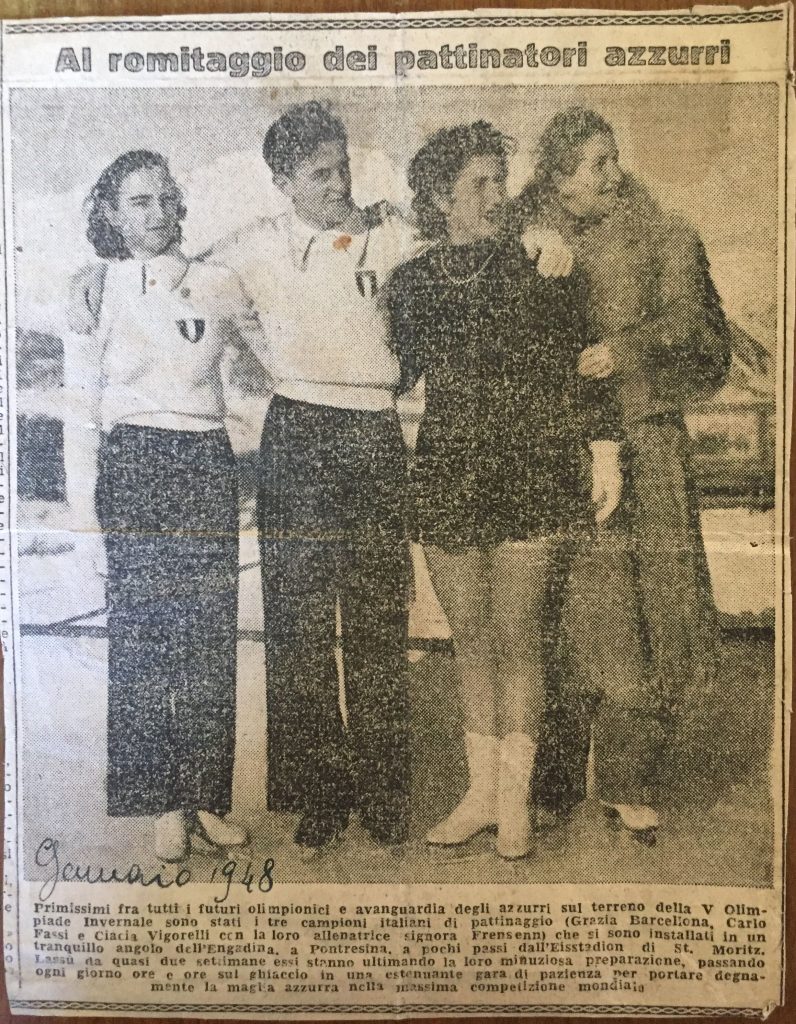 This newspaper clipping, from Grazia’s collection, states that the three [not two] skaters are training in Pontresina [a small village near St. Moritz], under the supervision of Mrs. Frenssen

Then, something strange happened, Costanza took part in no competition but rather retired. As Europa journal wrote in 1952, during the training she suffered a knee injury or as reported by another source an ankle injury.  During her recovery she met a man who subsequently asked him to marry her, his one condition was that she would stop skating. She did and in 1949 established a skating cup, titled to … herself, of course! The first three editions  of the Coppia Ciacia Vigorelli, 1949-50, were held in Milan before moving  to Turin.

Returning to St. Moritz and the real cause of Ciacia’s absence, which was her injury, unless we’d like to speculate in a conspiracy,  which would involve the President and the winter games press.  Nevertheless, Luigi’s version, that the decision to make Grazia compete in the singles figure skating, which she clearly wasn’t prepared for, was more to do with the social status of his Mother, the young Miss Barcellona, coming as she did from a lower class family together with her lack of protection and very young age would all explain why Grazia ended up in such a fiasco. 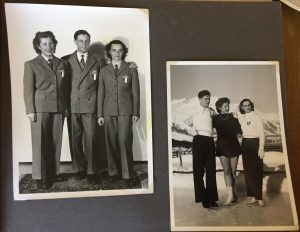 Since Ciacia is wearing skates, the different clothing could be explained as the white outfit being for the pairs figure skaters

The pair skating competition was a little lesser bitter, Carlo and Grazia placed 13th from 15, they probably understood, even at a young age, that their national domination as Italian champions had no value, outside of the country borders 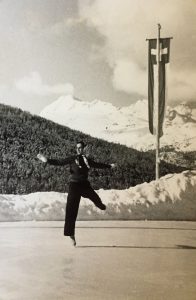 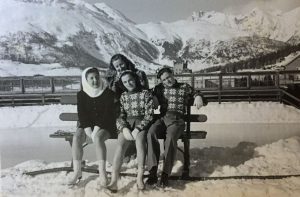 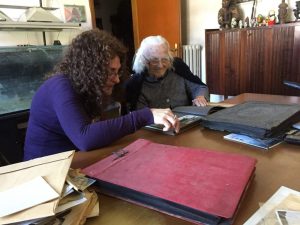 Part 4 of this series explores Grazia’s third or ‘Red Album’ which contains the last years of her career….

The Milanese girl was no longer a teenager, she was a young woman with international experience .. and she probably wanted to break away from her parents’ and coaches’ rules … to explore her peers’ world … Read Part 4  here at Playing Pasts by clicking on the link below 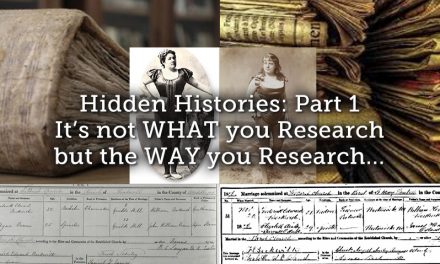 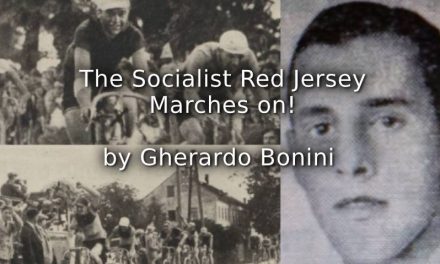 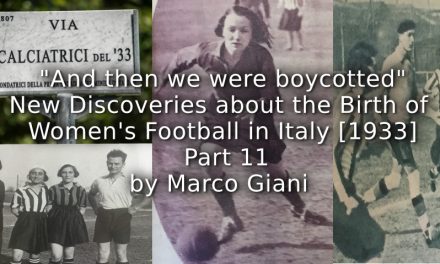 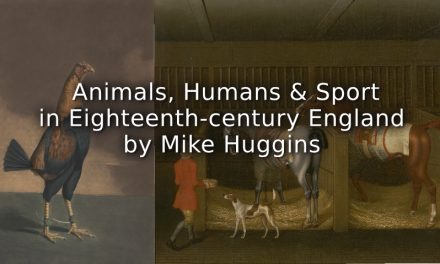