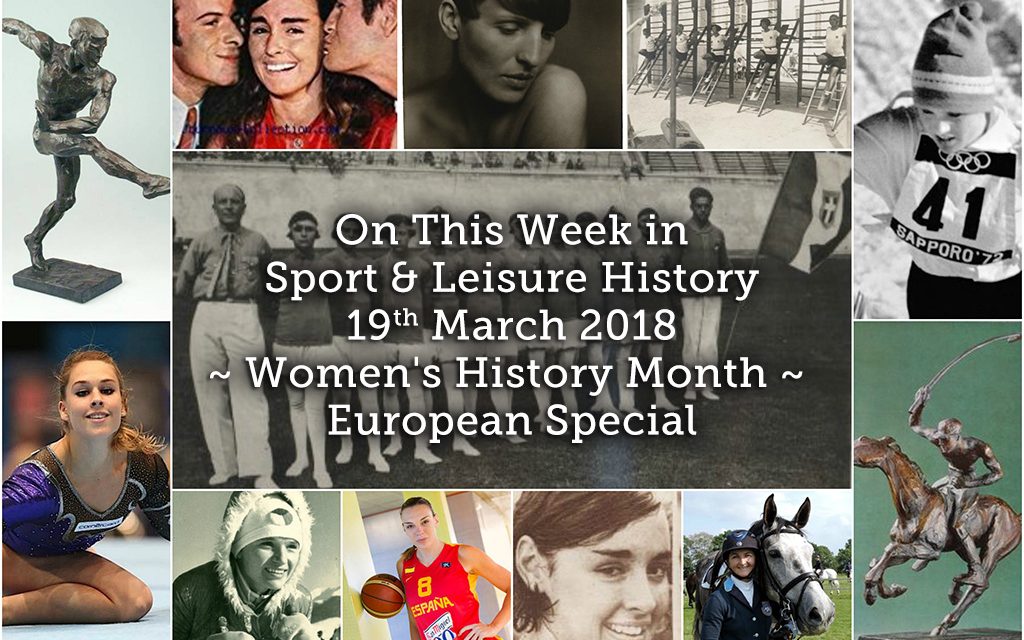 Rita Vittadini competed in the 1928 Olympics in Amsterdam. Where she won a silver medal as part of the women’s team event.  The competition took place on 8th and 9th August at the Olympic Stadium. Only five teams competed in this, the first women’s Olympic gymnastics event. The Dutch team won the event quite easily, with Italy a clear winner over Great Britain for the silver medal. The Italian team was remarkably young, with 9 of the 12 members under 15-years-old. The oldest team member was Lavinia Gianoni at 17 years, 190 days old while the youngest was Luigina Giavotti at only 11 years, 300 days old. She is the youngest woman to compete at the Summer Olympics, although five figure skaters at the Winter Olympics have been younger. The event is more remembered, however, for the fate of half the winning Dutch team. Four of the team members, the reserve, and their coach, were Jewish, and all would lose their lives, along with several of their children, in Nazi concentration camps.  Rita died at the age of 86 in 2000. 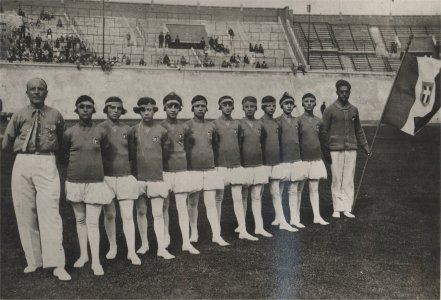 Rita is 8th from the left 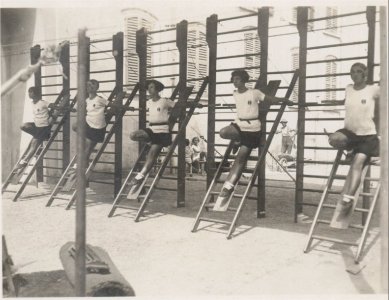 In Training for 1928 Olympics 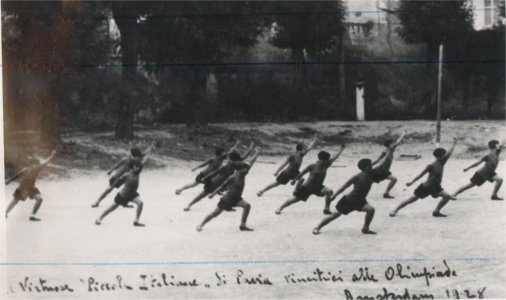 The Italian Team at the 1928 Olympics

Renée Sintenis, née Renate Alice Sintenis was a German sculptor, who was born in a part of Poland that later was amalgamated into Germany, her last years were marred by illness and died in Berlin in 1965, aged 77. At the 1928 Olympic Art Competition, she won a bronze medal with her sculpture – “Footballeur”. She also entered the 1932 Olympics with her bronze statue Polo Player. 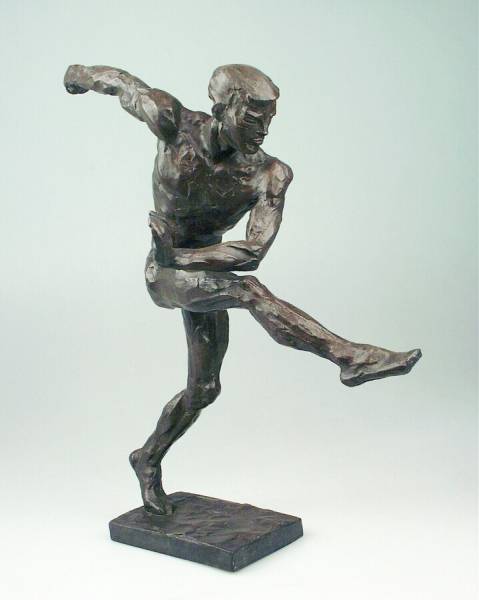 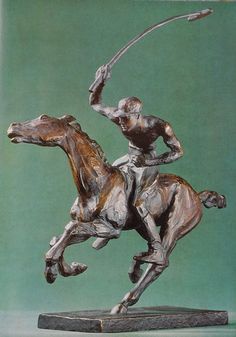 The German sculptress and draughtswoman was descended from Huguenot refugees by the name of Saint-Denis. Sintenis, she knew that she wanted to be an artist from an early age. She left school at the age of 17 without a -leaving certificate and enrolled at the college of arts and crafts. She started drawing nudes and heads having previously focused primarily on animals. Her small-scale animal sculptures are her most important works. She did, however, also make a number of self-portraits and small statues of athletes. After leaving the Kunstgewerbeschule, also without completing her course, she modelled for the sculptor Georg Kolbe. She met the typographer and painter Emil Rudolf Weiss who later became her husband. She was 1.80m tall, with an androgynous appearance, which made her popular as a model in her younger days. She became the first female sculptor accepted as a member of the Academy of Arts in Berlin (1931) and was the designer of the famous Berlin landmark, the Berlin Bear (1957). In 1934 Sintenis was excluded for racial reasons from the Academy of Arts. Many of her works could not be exhibited as they were considered “degenerate,” but she was later allowed to resume work. In 1945 her apartment and much of her work was destroyed due to a bombing raid. After the war, Sintenis taught as a professor at the Academy of Fine Arts in Berlin. In 1981 the German Federal Post issued a stamp on the occasion of her 100th birthday. 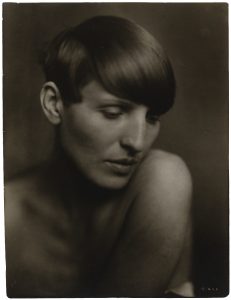 Lucila is 196cm (6ft 5in) tall, which makes her ideal for her chosen sport of Basketball. She participated in three Olympic Games, Athens, Beijing and Rio – winning silver in 2016.  She is one of the few players with more than 200 caps with Spain, and holds, together with Amaya Valdemoro and Laia Palau, holds the record of participating in 4 FIBA Women’s World Championship representing Spain, with whom she has won silver and bronze medals. 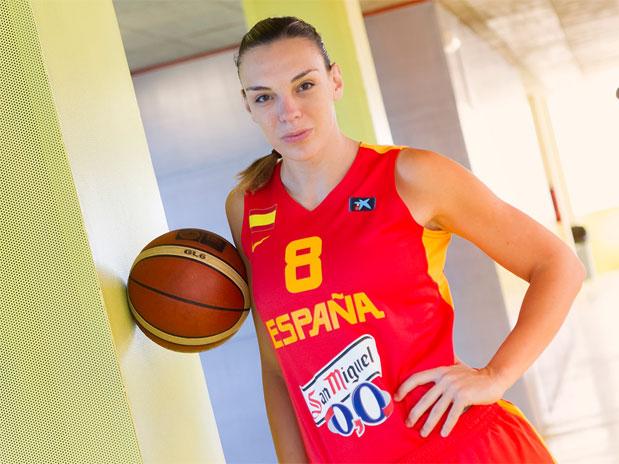 Having played most of her career in several professional teams in Spain, she signed with ŽKK Novi Zagreb at the beginning of season 2013-2014. In the middle of the season, she was released and moved to PINKK-Pécsi 424 with whom she won the Hungarian League. She returned to Spain to play for CB Conquero during the 2014-2015 season. Since February 2016 she has played at Mann Filter Zaragoza. 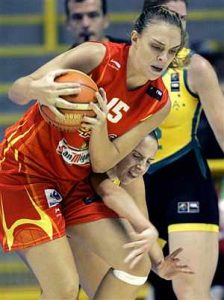 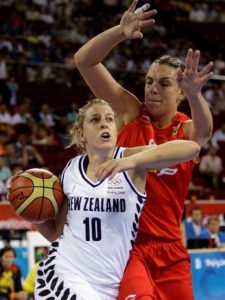 She made her debut with Spain’s women’s national basketball team at the age of 18. She has played with the senior team since 2001.She is one of the most capped players with a total of 244 caps and 3.7 PPG. Apart from her Olympic appearances, she has also competed in four World Championships and six European Championships: 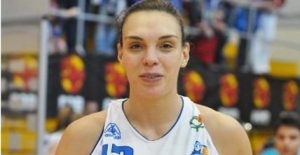 Equestrienne Linda competes in Sweden for her local club – RK Udden in Kalmar. She has competed in five Olympic Games (1996-2016), finishing fourth in the team eventing on two occasions (2008 and 2012). Meanwhile, her current best individual Olympic result is 13th place from 2008. She has also taken part in five World Equestrian Games (every edition between 1994 and 2010) and at five European Eventing Championships, in 1999, 2003, 2005, 2009 and 2013.  She won two individual silver medals at the European Championships with the horse Stand By Me. At the 2005 Europeans she finished 4th in the team event. She is the older sister of the fellow rider Sara Algotsson Ostholt and her brother-in-law, Frank Ostholt, is also an eventing rider. 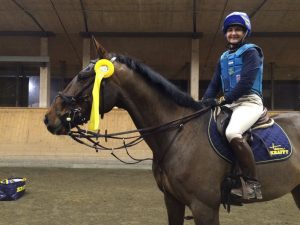 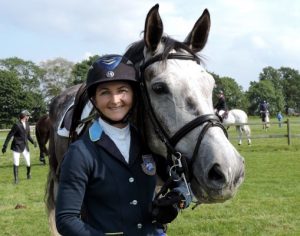 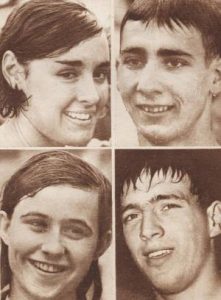 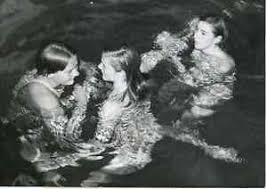 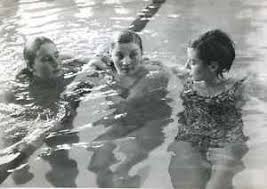 During her career, she swam for the Club des swimmers in Marseille. On 3rd May 1969 she famously married the French Olympic fencer Jacques Dimont, her twin sister,  Monique, was married at the same time to Francois Jeanne, another member of the Fencing team. Jacques mother Yvonne Jeanne was also a French national swimmer, she later became a journalist with Petit Parisien at Match l’Intran,  Le Figaro and L’Equipe.

At the 2013 European Artistic Gymnastics Championships in Moscow, she qualified first into the vault final and went on to take gold with an average of 14.750. She also qualified for the individual all-around and floor finals. In the all-around final, she tied for fourth with Romanian gymnast Diana Bulimar, while on floor she finished 6th. In the 2014 Europeans champs she won gold on the vault.  A year later she took European all-round gold ahead of Maria Kharenkova of Russia and GB’s Ellie Downie of Great Britain.  However, she failed to defend her vault title, and was beaten by the Olympic vault medalist Maria Paseka; – her three medals made her the most decorated gymnast at these championships. 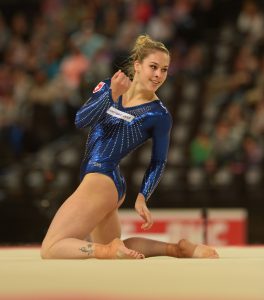 At the 2016 European Championships, Giulia won gold medals on vault and floor and in that years Olympics she was the sole female gymnast for Switzerland, qualifying 14th in the all-around, 3rd on vault and 4th on floor. She won bronze on vault, the first ever Olympic medal of any colour for Switzerland in women’s gymnastics, and the first Olympic medal for a gymnast native to Switzerland since 1952 (a Chinese-born Li Donghua won a gold medal for Switzerland on the pommel horse in 1996). Giulia finished 8th on the floor, after sustaining two falls, despite her finish, she is the first female Swiss gymnast to make the floor exercise final. 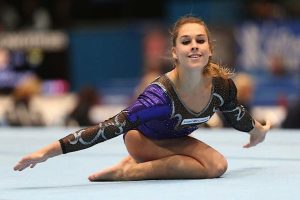 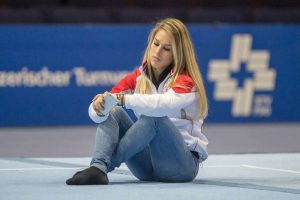 Cross-country skier Helena competed during the 1970s and had a quite brief sporting career. After winning her only Czechoslovakian title over 5km in 1970, she made her international debut at the 1970 World Championships, where she was fourth in the 5km. At the next major international tournament, the 1972 Winter Olympic Games, Helena won bronze in the 5km and was seventh in 10km, as well as 6th as part of the Czech team.

She retired from sport shortly after the Olympics and later worked as a children’s coach, secretary and mailman. Her daughters Helena and Petra also became a cross-country skier, her daughter Helena competing at the 2002 and 2006 Olympic Games and eventually married the most successful Czech cross-country skier, Lukáš Bauer 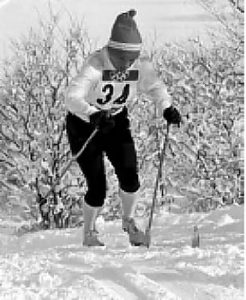 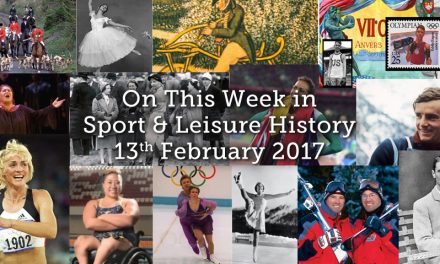 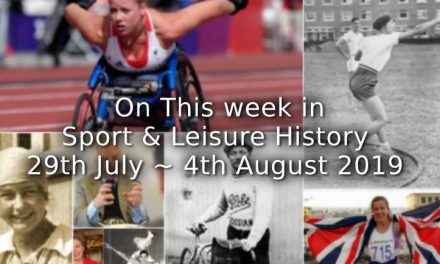 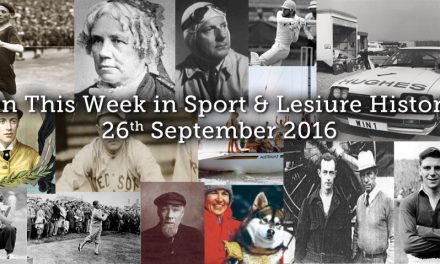 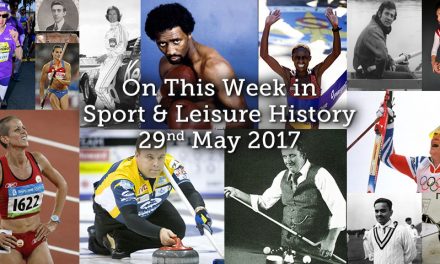