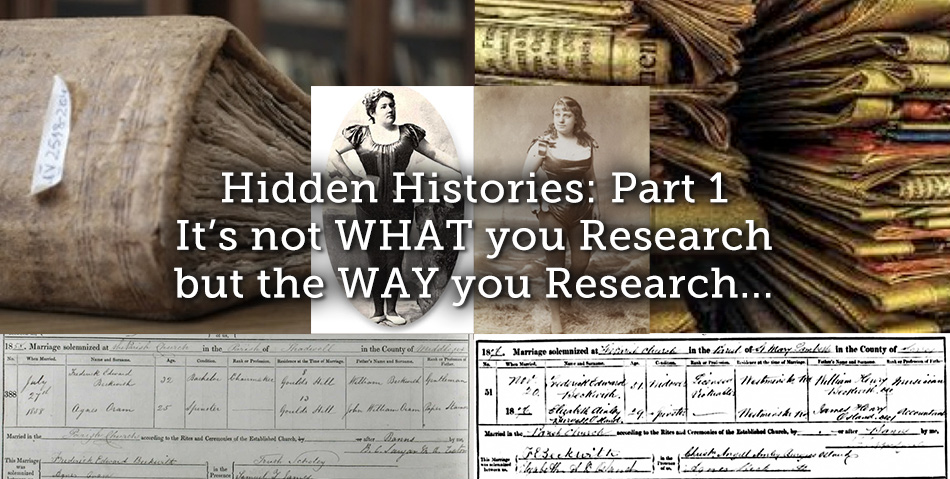 The study of history could be regarded as a journey to find the centre of the mysterious maze that is the past. There are many false trials, hedge-high obstructions and dead-ends along the way that confound and impede the quest but ultimately, it is the quality of the method chosen to discover the ‘elusive truth’ that will determine the legitimacy of the narrative. 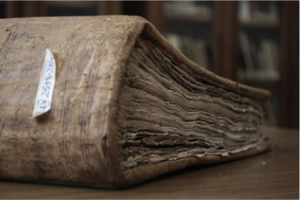 This article is the first in a series that will discuss the benefits and vulnerabilities of using historical documents, ranging from previous discourses, birth, marriage and death certificates, census data and newspaper articles in relation to Sports History in general and Sporting Biographies in particular. I have been researching on various aspects of sport history for 20 years, my speciality being uncovering the hidden biographies of sporting figures and have, over the years, discovered hitherto unknown histories of many sporting names of the Victorian and Edwardian age, as well as quashing a number of sport-related myths. Rather than purely historical articles, the series is written from a knowledgeable practitioner’s viewpoint and aimed to offer an insight for those researchers, both the experienced and the less so, who are engaged in various forms of biographical study 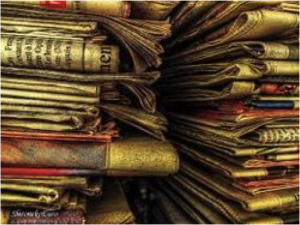 This commentary firstly reflects on my findings – that many established and apparently well -known facts relating to sporting figures of the past have been built up and perpetuated by taking an easy road, that is, continually duplicating previous narratives rather than, or without any consultation to the original sources, thereby creating and disseminating an ‘illusory truth’. Secondly, the jeopardy of implicitly accepting the biographical information on official documentation, such as birth, marriage or death certificates, as being truly authentic will be considered. Future papers in this series will reflect on the use of parish records, census data and newspaper reports as vehicles for historical interpretation.

Beneath history there is history…

No two researchers approach biographical history in the same way, everyone has slightly different goals and methods of working. For some, the documented facts are nothing more than a frame on which to attach credible but imagined stories, while for others it is just the hard facts are important. For the author of biography the latter method may prove to be arid and uninteresting but the former can be fraught with danger – by taking that delicate silk thread of truth and embroidering your own tapestry you are creating something that may have happened but more than likely did not. This is all well and good if you are writing historical fiction, because no one really expects that to be 100% factual but when writing an historical biography it is important to make clear which elements are genuine, which have been inferred from inadequate data and which are just created from your imagination – otherwise future generations of historians and researchers will (and do) take what you have written at face value.

What tempts authors/researchers to turn facts into fiction? Maybe the comprehension that the rudimentary series of facts are only ever likely to be of curiosity to a select group. So while the adage that ‘there’s no smoke without fire’ tends to hold some truth, it’s how that smoke, that truth, that series of facts is interpreted and how the biographical flesh is added to the bare bones of a person’s life course that is of significance. For example, anyone with a passing familiarity of the internet, especially social media, will be conversant with the dictum that attention-grabbing, inquisitive or salacious posts are much more likely to be passed on than dry facts. The broader social and geographical context of a person’s life is also of consequence here together with the all too common risk of the author ascribing their own attitudes, thoughts and beliefs onto the subject. Plugging biographical gaps with repetition of previous accounts, records that are a ‘sort of fit’ or pure hypothesis gives others the opportunity to accept and replicate this version as the truth simply because they trust you. 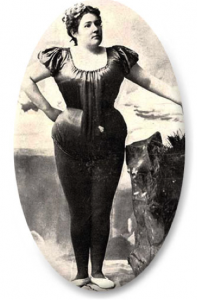 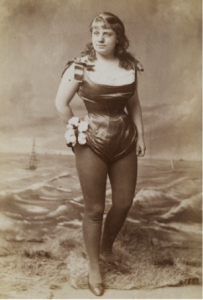 Cora Rosenthal – one of the women who claimed to be a member of the famous 19thc. Beckwith Swimming family from UK. Publicity for such women stated they were variously born in London and learnt to swim on Lambeth beach. We have been contacted by American and Canadian scholars disputing our findings, because it is reported in the newspapers of the day, despite uncovering clear biographical evidence to the contrary.

See – From Lambeth to Niagara: Imitation and Innovation among Female Natationists

Writing a biographical life course means discovering as many facts as possible from as many sources as possible but it also encompasses interpreting that information in a meaningful way, taking into particular account the simple fact that what you are reading may not be wholly accurate. Using the familiar birth, marriage and death certificate format as an example, it is possible to show how official fiction habitually masquerades as historical fact.

A birth, marriage or death certificate is basically a certified copy of an entry in the corresponding register. What it proves is that an event took place, with the registrar that signed the certificate in attendance, thus providing a guarantee that the particulars shown match that of the register entry. What is fails to prove however is that any of those particulars were/are actually true in the first place.

Marriage certificates are the more probable to contain inaccuracies, many of them deliberate but many equally unintentional, generally the result of unfamiliarity or ignorance. It has been estimated that almost half of all 19th century marriage certificates will comprise of at least one error, for instance the ages of either the bride or groom or both may be suspect or the identity of one of the fathers. The exaggeration of the occupation of one of the parties is an oft seen feature on marriage certificates – a father described as the Manager of a Swimming Pool when in fact he is Swimming Teacher for example. Even the fact that the marriage took place in the company of two or more witnesses affords scant encouragement as those witnesses could easily have been people hauled in off the street on the promise of a small payment.

They are 18 years apart – spot the differences, what do you believe, what is the truth?

Death certificates are another consistently unreliable source, ages again are frequently wrong, with a propensity for rounding them off as 50, 60…, and although the informant may have been a family member quite often the wrong Christian name was given, with nick-names or family ‘pet’ names habitually being recorded. As for birth certificates, there is no surety that someone who, to all intent and purposes, appears to be married to the mother of the child in question has actually taken part in any such official ceremony, or that are they are truly the father of the child. There have even been some cases where the wrong mother has been identified. So as a general rule it would be a mistake to assume that so called ‘official’ records are likely to be completely accurate, and mistakes continue to be made and recorded – even in this day and age. 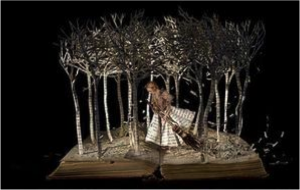 So where does that leave the historical biographer? Well, it leaves them with a golden opportunity to both validate earlier research and unravel a mystery. By employing a triangulation method of research using archival sources including census data, parish records, employment registers, school attendance books, historical newspapers, earlier narratives, local histories, biographies and oral history with descendants, in order to advance to as perfect a truth as is possible. All available resources should be re-examined independent from any previous discourse and collated on an almost forensic level. Not to do so would be to continue to propagate the illusory truth. I often wonder how many historical sporting characters have been dealt an injurious hand by biographers who habitually cite previous narratives that contain historical misconceptions rather than taking the time or trouble to research the abundant and ever-growing supply of original archival materials.  After all, when studying biographical history you never know what lurks behind the next turn in that mysterious maze – a myth busting discovery just waiting to be stumbled upon maybe …….. but only if you are vigilant in the way you research what you researching.

Hidden Histories Part 2 coming soon – ‘Parish Registers – aren’t they just a list of names?’ – surprising things that can be found in parish records that add colour to a biographical history 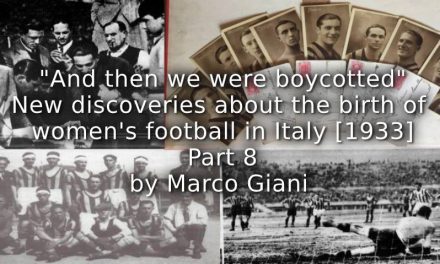 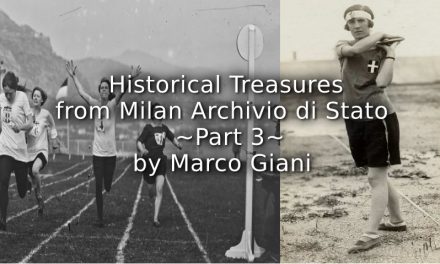 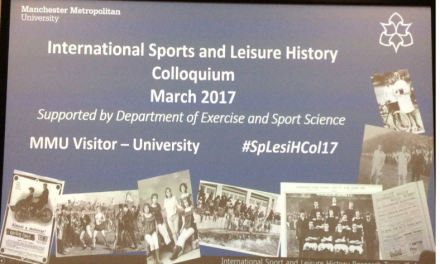 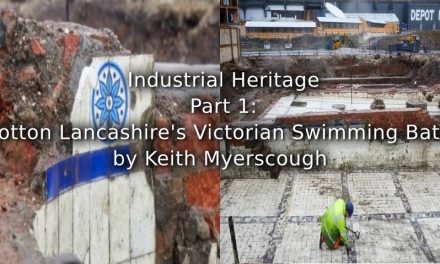