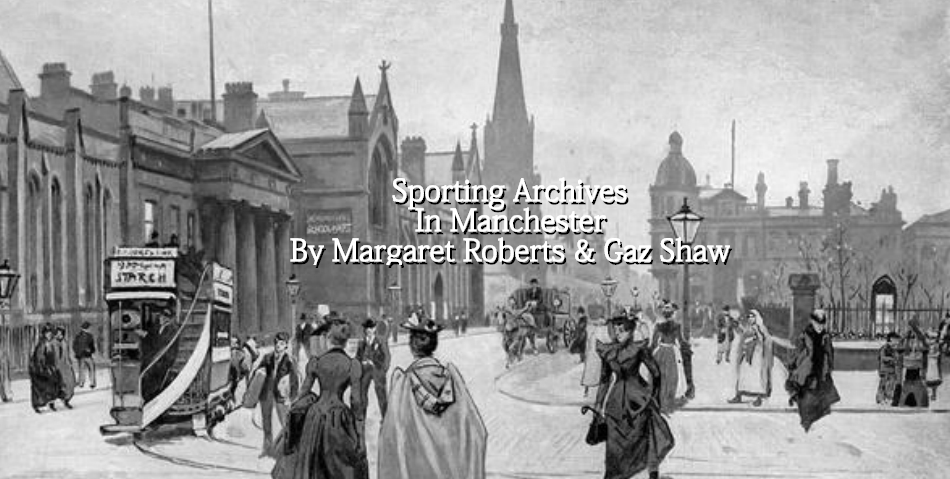 Recently I spent some time identifying, and then collating into a database, the huge variety of sport and leisure collections available for researchers at the libraries and archives within the Manchester area.  Trawling through the catalogues of various libraries and archives to assemble a comprehensive list of records of sporting records held by:

These records show that people across the years have organised and participated in a wide variety of sporting and leisure activities, ranging from Archery to Opera to Walking. Meticulous records were often kept, which, for the historian of a particular sport, can assist in drawing out inferences on the development of sport in a particular town or area. 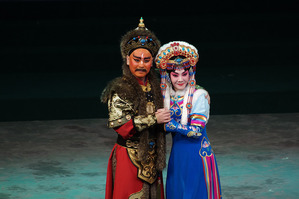 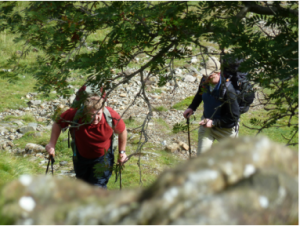 Given the influence on society that sport and leisure has, and the range of the available records here is quite expansive, there are some establishments that might not spring immediately to mind as ones that would foster and encourage athleticism.  Church records perhaps being one such source – but the local archives contain minutes, membership and fixture lists, accounts, correspondence and newspapers cuttings from clubs, associations and societies attached to many Zion, Congregational and Wesleyan Chapels which show that people were taking part in organised and competitive games such as badminton, tennis, football, hockey and bowling, as far back as the earlier 1800s. 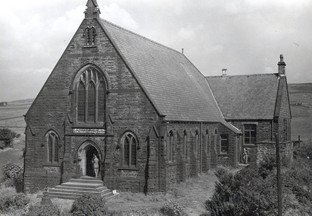 It was not uncommon for churches to have football teams during this period. For example: Aston Villa, Birmingham City, Bolton, Everton, Fulham and Manchester City all attribute their roots to the church in some way. Sport was seen by many clergymen as a potential instrument of social discipline and Anglican churches, in particular, were keen to attract working class people back into fold having lost touch with the new millions born into industrial surroundings.

The really interesting thing for me while recording these clubs and societies has not just been in the variety of activities, but also in the opportunities that were available not only to men and boys but girls and women during this time.  The fact that women, especially those within the lower/working classes, were taking part in sporting activities at all flies in the face of the general popular belief about the era.  However research currently being carried out by Sports Historians is challenging that belief and these records go some way to corroborating that research.

Although today there are many sporting opportunities for children, with the vast majority, especially boys, taking part in the national religion that is football, these have to be conducted on a much more formal and controlled basis, as recent developments within the football academy system as recently shown. Those that run or volunteer at clubs need, rightly, to be at least police-checked and first-aid qualified,  all this of course comes at a cost and therefore,  many children only have the opportunity to take part in 1 or maybe 2 extra-curricular activities.  Long gone are the days when the Verger could run an ad-hoc badminton league in the church hall. 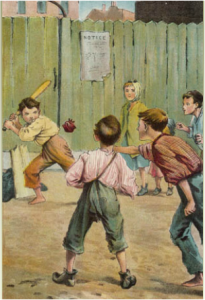 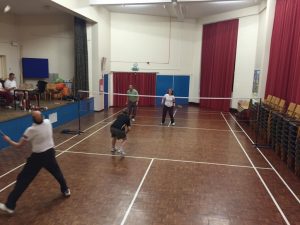 Researcher Gary Shaw was particularly fascinated in the church records of the Cavendish Street Congregational Chapel that I discovered were held in the archives at Manchester Central Library. Gary takes up the story  – Cavendish Street has been home to a number of culturally interesting buildings. Examples include Manchester School of Art, Chorlton-upon-Medlock’s town hall (which is now part of said art school) and Pauldens – an early example of a department store – situated over the road from the Chapel. Having opened in 1860, Pauldens was an innovative retailer for the day, only moving away from the area when, shortly after a major refurbishment, a fire ravaged the store. Pauldens later moved into the building opposite Lewis’s (now Primark) where Debenhams resides today. 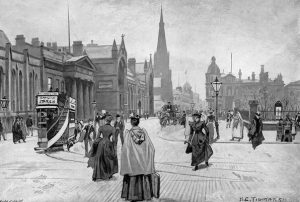 Cavendish Street from a drawing c1894 (Workhouse) on the far right 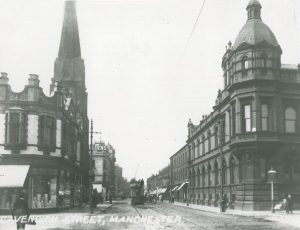 Why am I interested in this particular church? Well for one, the site is home to one of the buildings at the place where I work; Manchester Met’s Cavendish Building eventually replaced the Chapel after it was was demolished in 1973. But in regards to sport, a football team that was formed by the boys of the Chapel’s sunday schools in 1873 just so happens to be the formative years of the rugby league club I have supported for 30 years or so – Salford Red Devils. 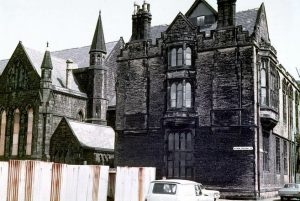 Images of The Cavendish Street Chapel and adjoining school from the junction of Boundary Lane West and Higher Chatham St.  Taken in early 1970 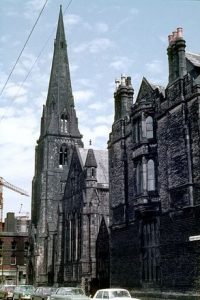 While Cavendish Street Congregational Chapel was nonconformist its football team was undoubtedly made up working class boys and Chorlton-upon-Medlock was in the midst of a population explosion, morphing double-quick from a relatively middle-class area to one of mills and filthy slums. The extent to which the Chapel’s clergy formed and supported the football club is something we don’t yet know.

Additionally, a chap named Archie Sutherland, who was the main force behind Cavendish FC’s switch to Salford FC in 1879, would later, as a sports journalist for The Clarion newspaper, give voice to those supporting league competition and certain forms of professionalism in rugby during in the early 1890s. Was there any record of Archie in the Cavendish Street Sunday School register?

Through the Manchester Sports and Leisure Archives Project I found that the lasting archive for Cavendish Street Congregational Chapel is held at the city’s Central Library. So I booked in for a session to look at some of the collection: namely church minutes, teachers’ minutes, collected correspondence and the schools’ registers.

At first glance there wasn’t much in this lot relevant to my interest. I looked at the boys’ register but could not find our Archie. Perhaps he never enrolled for Sunday school; perhaps I glossed over his name – some of the handwriting was illegible. Talking of which, a letter in the bundle of correspondence caught my eye as I spotted a passage that mentioned the banning of games. Could this mean football too? It’s a shame I couldn’t make out anymore of the blasted document.

However, there is usually something that turns up when digging, even if it is remote. There was a monogram embossed into a few of the letters from the Chapel that is almost worthy of a badge for a certain football side. And there was an accounts book for ‘Mrs Paulden’s Charity cash payments’ from 1920–52. So while Pauldens was clearly a commercial enterprise, the owners may have been parishioners or at least had a concern for their local community.

The Sport and Leisure Archive database is available exclusively within the Dept of Exercise and Sport Science (ESS) ‘Sport and Leisure History Archive’ housed on the MMU Cheshire campus. For availability or to arrange a visit please contact in the first instance Prof Dave Day on d.j.day@mmu.ac.uk 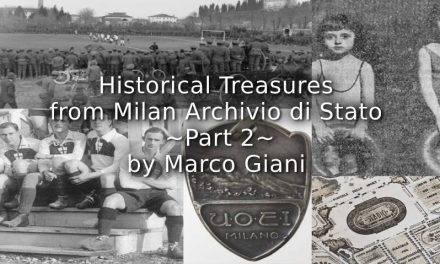 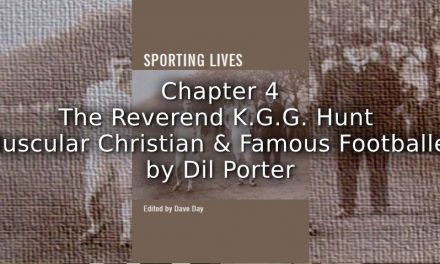 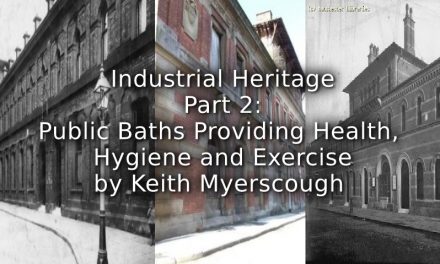 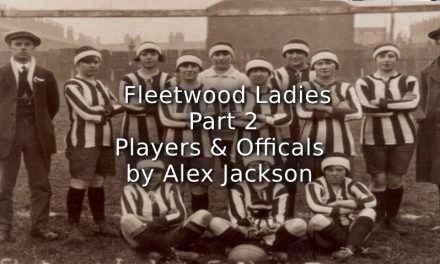