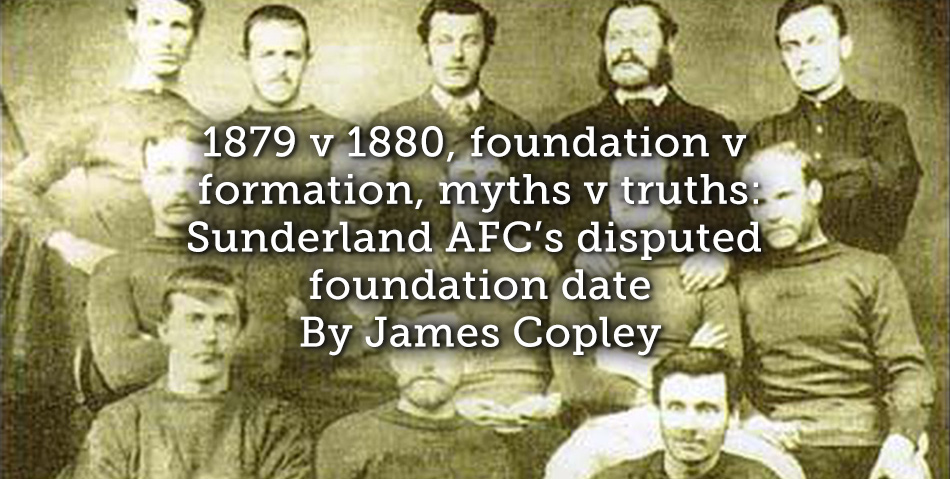 It has, for many years, been common consensus that Sunderland AFC originally formed in 1879 as ‘Sunderland and District Teachers AFC’ by Scottish schoolmaster, James Allan. However, there is no primary source evidence to support this claim.

Primary sources are the building blocks on which history is constructed upon. Documents such as: newspapers, governmental reports, minute meetings, logbooks and photos are a few select examples.

Through meticulous study of primary source material, Sunderland historian, Paul Days believes he has uncovered Sunderland’s true date of formation. Days in his book, Founding Fathers: The Men Who Made Sunderland AFC: Volume One, demonstrates that the club came into being sometime in September 1880. 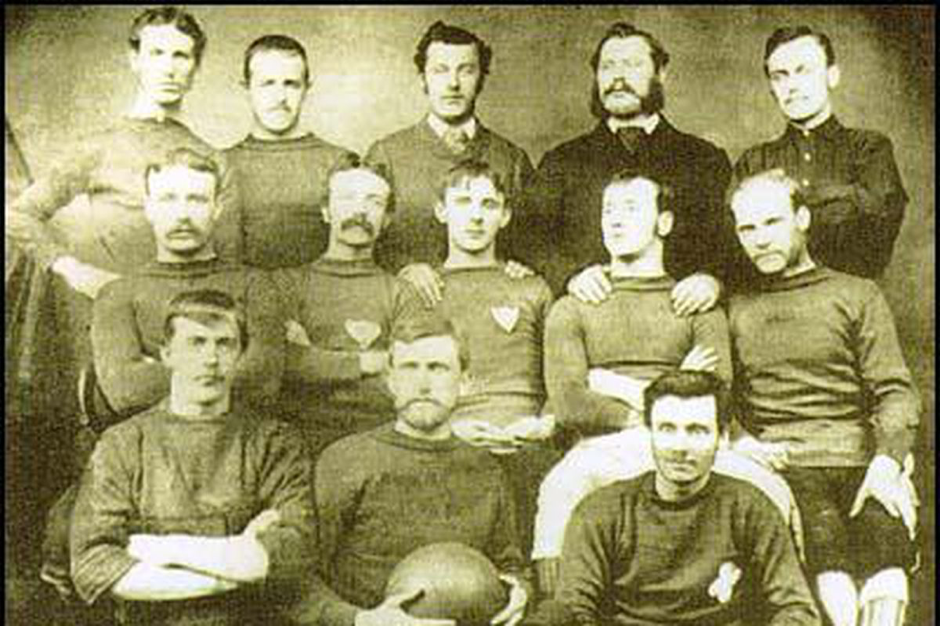 The log book for Hendon Board School (the location of the clubs founding) fails to mention any meeting in 1879 regarding the formation of a football club.

Minutes for a group meeting of the Teachers Association on 15 March 1880 also fail to make reference to football. If a football club had been formed at the school, there is likely to have been some mention of it.

A look into the regional Northumberland and Durham FA meetings in the first half of 1880 reveals no mention of a new club being formed in Sunderland. Indeed, no team competed in local cup competitions during this period. There is nothing to support the claim that the teachers of Hendon Board School formed or ran a club during the 1879/80 season.

The Sunderland Daily Echo reports on Monday 11 October 1880 that a newly formed club played its first practice match two days earlier. The vice captain’s side thrashing the captain’s side 5-0.

On Saturday 16 October 1880, the Newcastle Daily Chronicle reports that a new club had been formed in Sunderland, playing under the Association rules, under the name ‘Sunderland and District Teachers Association Football Club’.

Over the next few weeks local newspapers report a second practice match before the new club plays a first Friendly match against Ferryhill on Saturday 13 November 1880 at the Blue House Field, Hendon.

However, the beauty of history lies with the opportunity it offers scholars to construct narratives from primary sources. In other words, primary sources can be analysed in different ways.

It is possible to surmise that the club may well have been formed in 1879 but brought to the public’s attention in 1880, this is the opinion of another dedicated history enthusiast, Keith Graham.

Who believes that there must be reason as to why the founding members of Sunderland AFC, such as John Grayston and indeed various reporters, continually state that the club was founded in October 1879.

It is published as truth in articles and obituaries from 1887 onwards whilst many of the founders are alive and kicking in Sunderland and no-one ever challenges it.

The club’s formation was without doubt announced to the public on 25 September 1880, but that is all we can be certain of. It is likely that the club was formed sometime before the founding Father’s took to a public platform to publicise it. 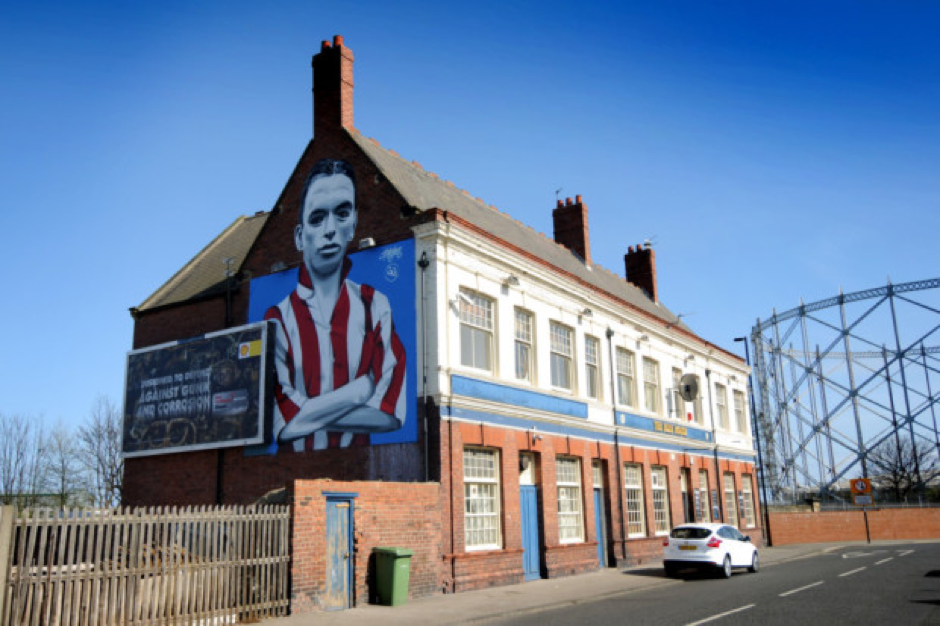 John Graytson claims that when asked by Allan to form a football club that he and his colleagues responded by explaining to the Scot that they knew nothing about the game.

How do we know this to be true? This story could be just that, a story – an anecdote. Moreover, how can we be certain that Allan asked this question in September 1880? In fact, if there was concrete evidence that Allan had then that would be the silver bullet needed to clear the whole matter up.

Grayston describes kicking the ball around in Hendon Board School yard as his “clearest memory” and confirms that the school was the “actual and spiritual home of Sunderland AFC”. These school yard ‘kick arounds’ surely took place before the club was set up.

So, what does this mean? Well, myself, Keith Graham, Paul Days and a third Sunderland AFC historian, Mark Metcalf have reached consensus on three certainties.

The October 1879 date is only supported by anecdotal evidence. This means that 1879 can only ever be considered a possible foundation date. Even then, the date may only be an approximation of the moment James Allan introduced Association Football to the teachers of Sunderland.

September 25th, 1880 is the date that club made their formation public and official. Who knows what occurred in the club’s construction before this date; however, Sunderland essentially announced their existence to the world in the September 27th, 1880 edition of the Sunderland Echo. 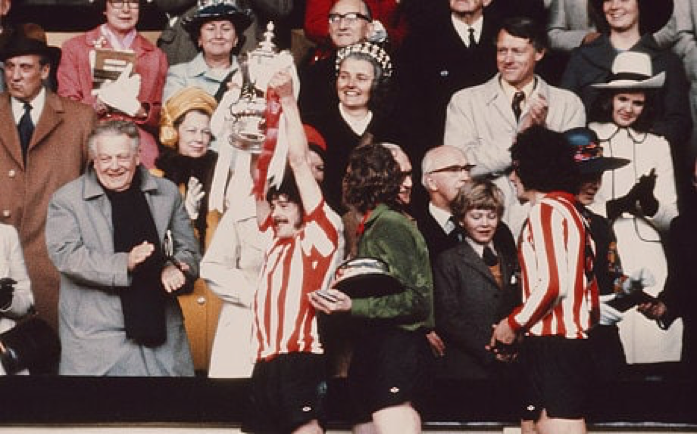 Martin Johnes, an academic at Swansea University, specialises in sports history. Johnes points out that our conclusions are moulded by what we define a football club to be. Does it need rules and a committee or just people playing regularly? Hence the need for both a spiritual foundation date and codified formation date.

This debate is really fascinating. When all is said and done, if the clubs ‘future is rooted in its history’ as is continuingly stated by Sunderland AFC then as a collective we should endeavour to tell the story correctly, with multiple perspectives. Something that the club fails to do in its ‘Story So Far’.

Once again, the history of sport proves to have much myth entrenched within it. The Sunderland and Stoke case studies in football alongside the William ‘Webb’ Ellis myth in Rugby ‘demonstrate how a myth can acquire a power and resilience that allows then to continue and become entrenched’ – Martyn Cooke.

Thanks to Keith Graham, Paul Days and Mark Metcalf for their research, much of which was conducted through the British Newspaper Archive, testament to the way in which digital newspapers are changing history. A nod to the afore mentioned Martin Johnes for his thoughts and his colleague at Swansea University, Tomas Irish, for his. Also, another nod to Martyn Cooke, who embarked on a similar exploration into the origins of Stoke City Football Club.

It would be nice to be granted correspondence with club historian Rob Mason on this issue. Between the four of us (myself, Mason, Days, Graham & Metcalf) lies both academic and hands-on experience in the research and practice of history. But do the club in its current circus state care about our findings? 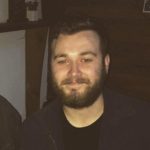 James originates from Sunderland but has strong family ties in Wales. He recently completed a degree in History at the University of Swansea and is currently studying towards a Masters in Sports Journalism at the University of Sunderland. James loves the history of sort and the narratives they provide. He is a firm believer that through the lens of sport we can view the subtle nuisances of society.​ 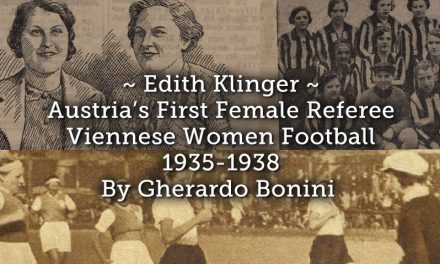 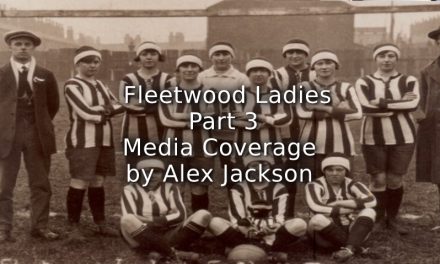 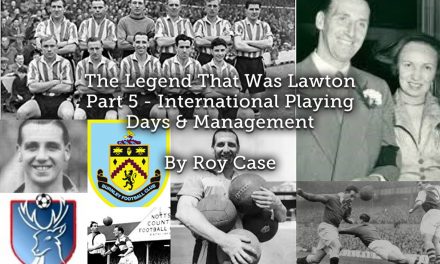