Brave (and clever) calciatrici under the Fascist regime: the first women’s football club in Italy (Milan, 1933) 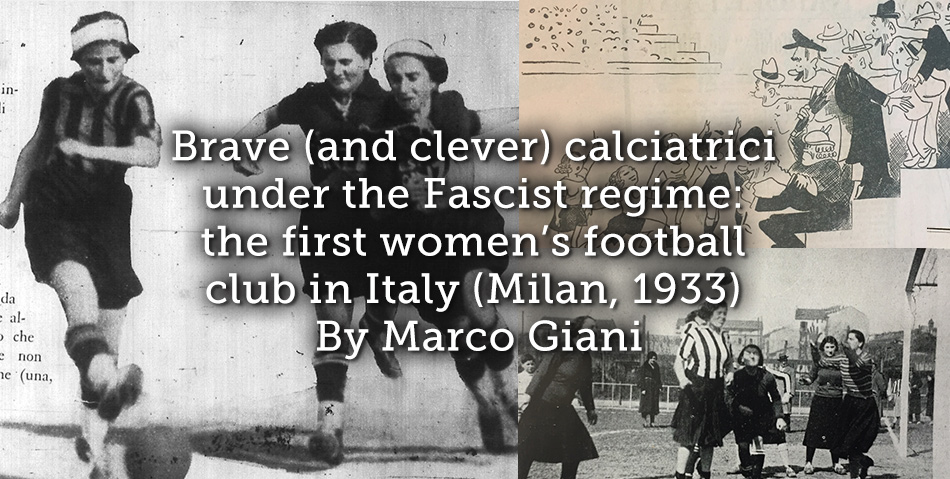 This article is a sum of the (still on-going) research of the author about the first women’s football club in Italy, the “Gruppo Femminile Calcistico”, born, raised and dead in Milan, 1933, during the Fascist regime. 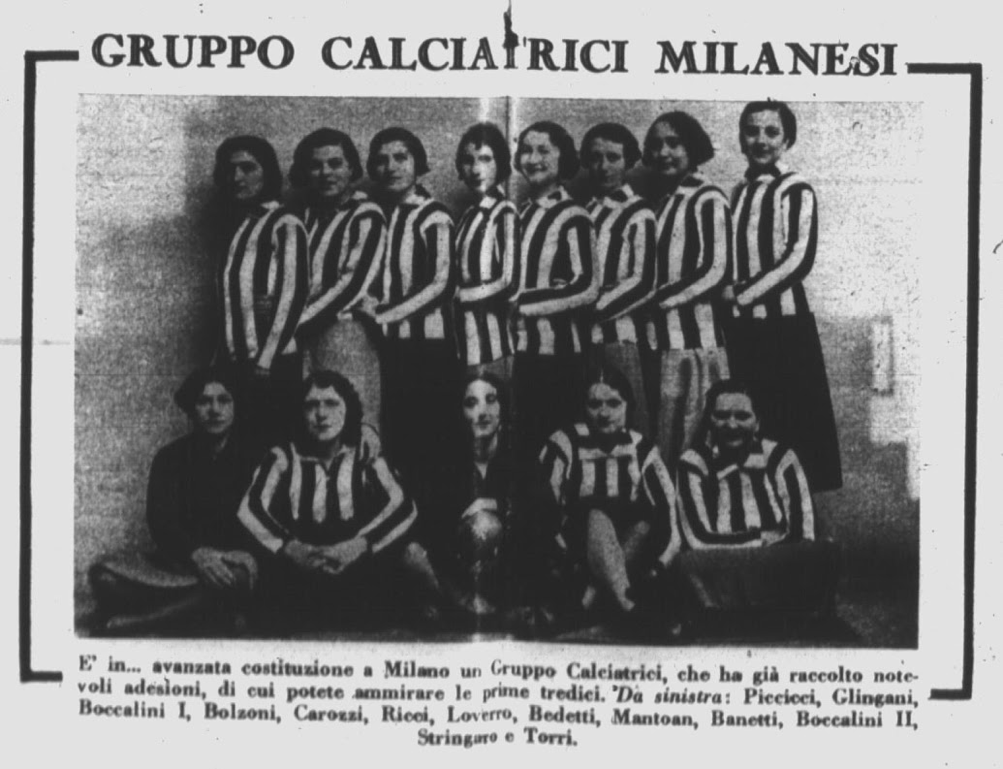 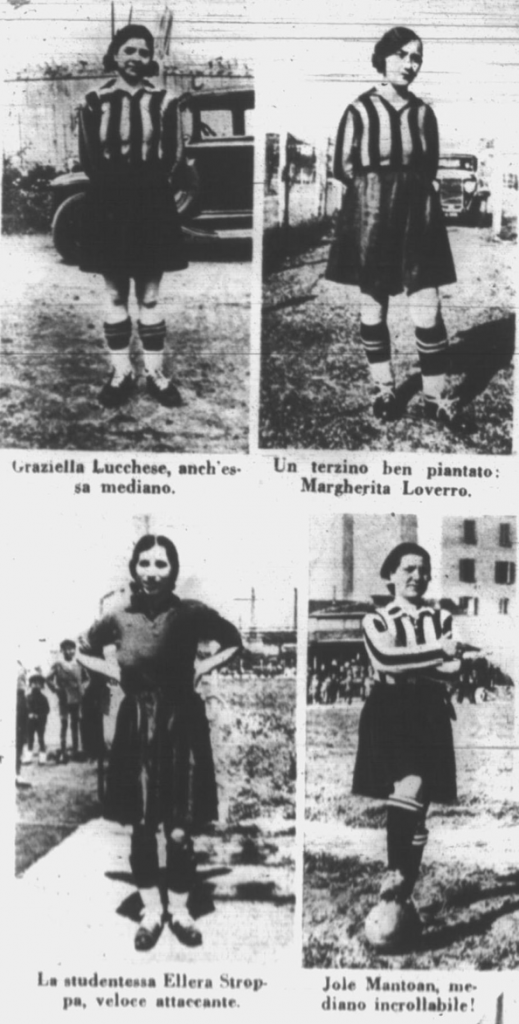 The caption says: “A women’s football team was founded, in Milan. The player, who was a dancer, greets the audience”. Adding to the Roman salute, please note the stunning views of the audience, and the misrepresentation of the “calciatrici” ’s apparel: in fact, they wore skirts, not pants. Source: Il Tifone, 28/02/1933, p. 7.

The caption says: “Women who play football. – Does the reader think there’s something beautiful [in it]? We don’t, no, and we’re sorry for the beautiful Milanese girls”. Source: L’Illustrazione Gran Sport, March 1933, p. 61. 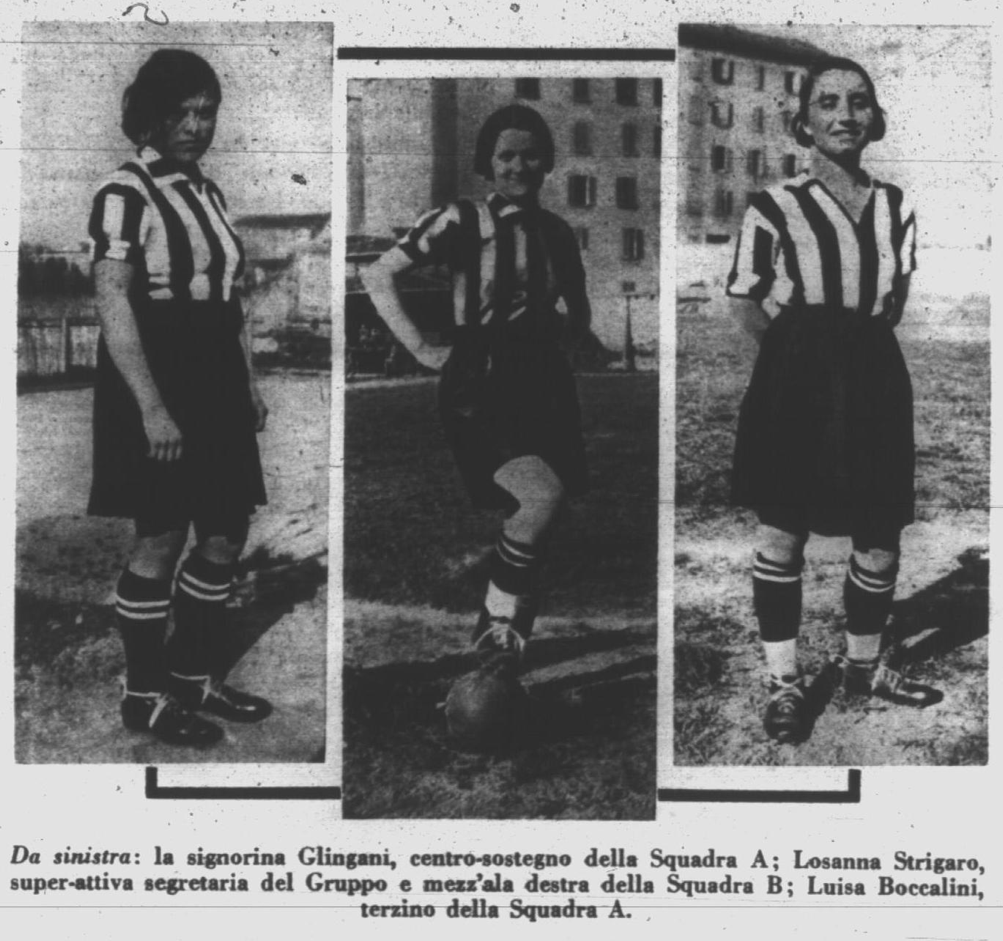 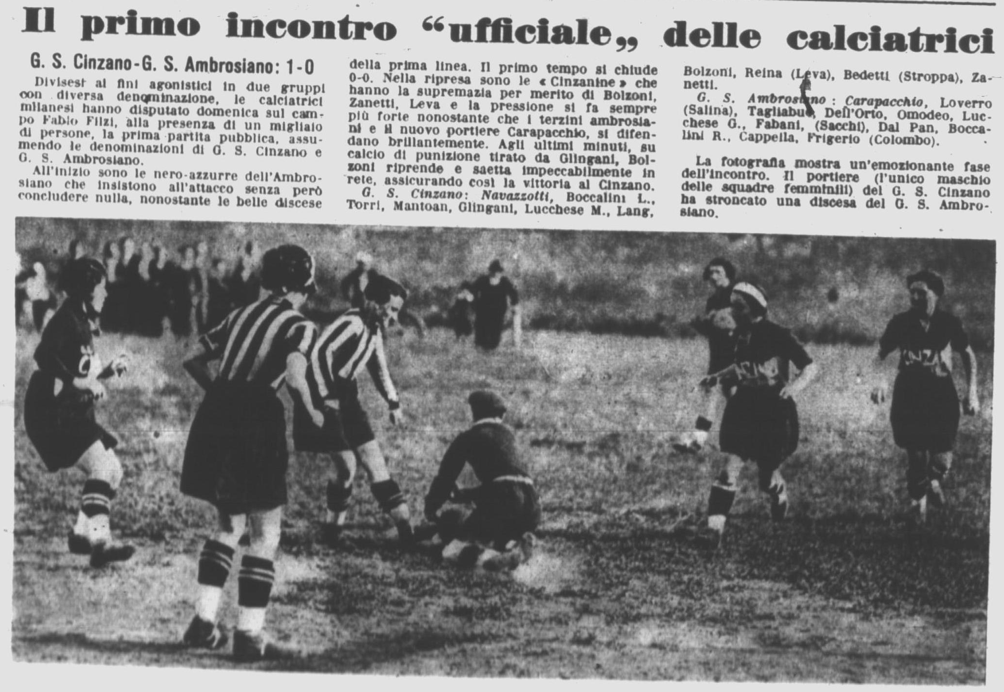 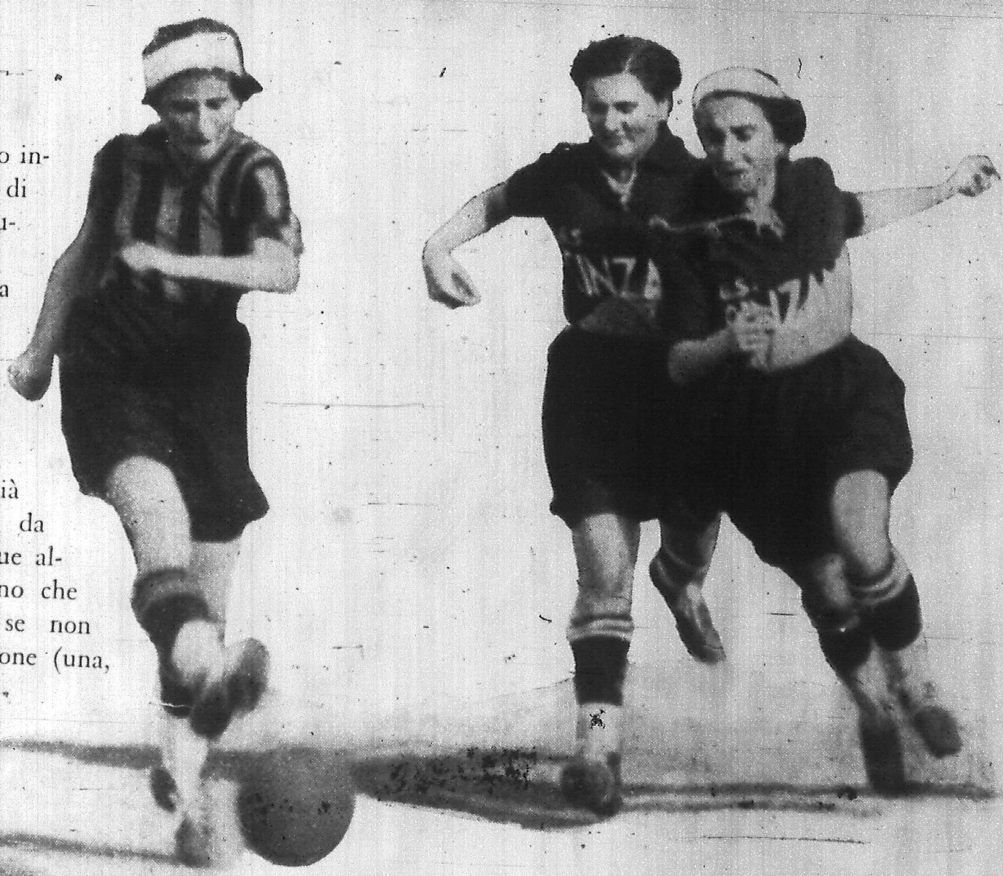 The first public match in Milan (June 1933): the first player dressing a blue and black shirt, the second and the third dressing the shirt with Cinzano’s ad. Source: Amica, January 1934, p. 44.

The whole textual corpus of press articles (photos included) used in both Giani’s articles, and more research instruments (such as the complete list of calciatrici’s names and surnames), are now available at: https://unive.academia.edu/MarcoGiani/Calciatrici1933 . 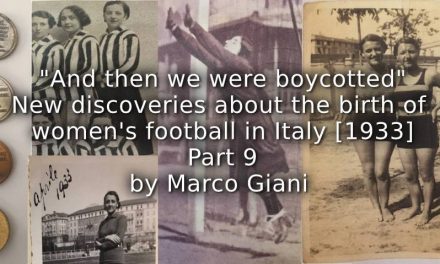 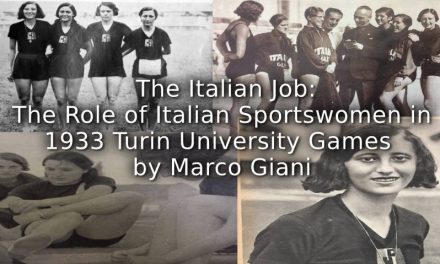 The Italian Job:
The role of Italian sportswomen in 1933 Turin International University Games 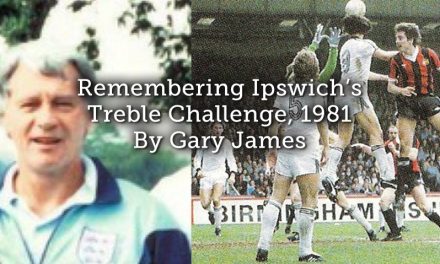 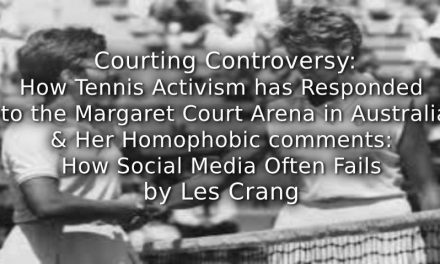