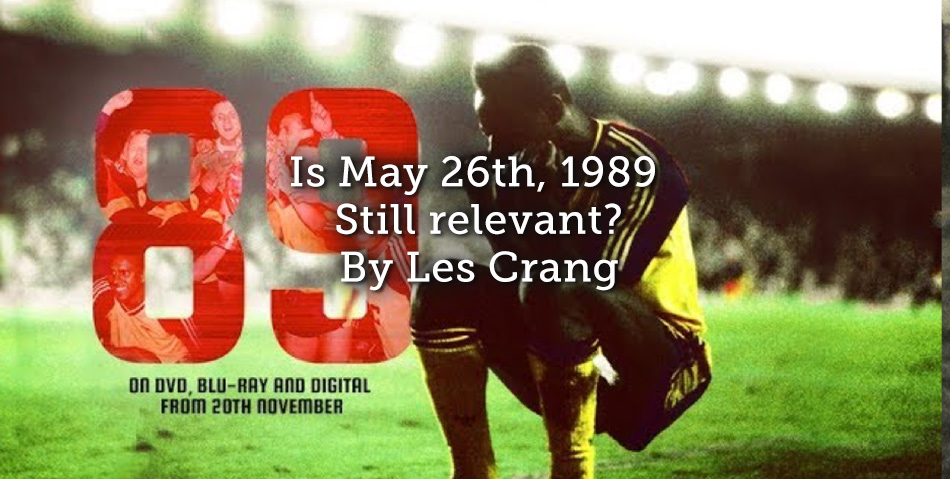 With the release of the film 89 a movie about Arsenal winning the league title with virtually the last kick of the game, is May 26th, 1989 still relevant? For some people, it’s a period in which they were not born, so, why worry about it? Within the sporting context, especially for English fans of Arsenal (I have been a fan since 1980 Cup final defeat to West Ham), this day is significant. It is the day, we won the league, in the last minute, of the last match against their nearest rivals, needing a 2-0 at Anfield (where they had previously not won since 1973). But it is really relevant anymore? And if so, why is the date significant? This is the synopsis of this article, that sports, media and memory are important. My theory being that 1989 changes everything in British football, and the May 26th is the date that changes it for English football generally and not the two teams in particular. 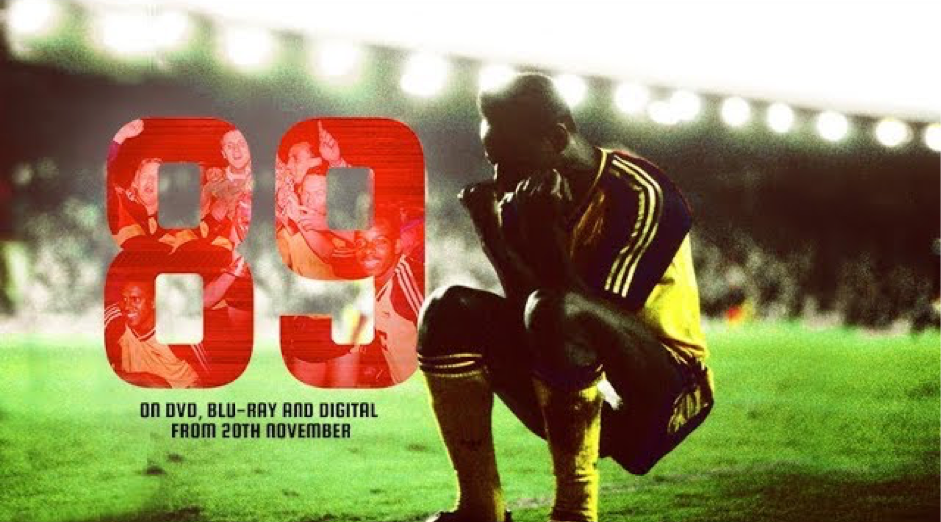 First question, is the date relevant? Ironically, I think the date is actually irrelevant as a factor within the English first division, which I’ll explain later. Where I do consider it to be relevant is with the changes that brought football more closely into the media focus, and I don’t mean just television but other areas too, which I will discuss.

So, to me, the date is irrelevant for one major reason. Football in England did not exist for a great number of people until 1992 –  with the creation of the English Premier League (EPL) and Sky Sports.  Let us not forget that the BBC interviewed Lee Dixon about the film, The Guardian discussed it in detail (Bradshaw, 2017), but Sky Sports hardly mentioned it, which is ironic, because the game underlined by Neil Jensen (2017):-

Was possibly the first occasion when TV realised that a “cup final” scenario could be created for a league finale. It was before SKY got hold of the league programme, but a sudden death decider live on TV had never been seen before. The league title was going to be won in front of the nation – 12 million people tuned in. Even neutrals were interested.

For Sky commentator Martin Tyler, Sergio Aguero’s title winning stoppage time goal was something special ‘drink it in,’ he screamed – ‘you’ll never see anything like this again.’  However, for their opponents QPR, down to 10 men and needing a win to avoid relegation, this game was hardly the same as a battle for 1st and 2nd place. However, it did prove to the TV executives that a live league finale match with a possible knife-edge finish, was able to pull in millions of viewers.

But, as Sky has the media rights for the EPL, they are the ‘voice’ of authority on the sport, as Boyle and Haynes (2004) state:-

Football is sine qua non of the media sports world. Without it newspapers would lose 25% of their daily content and BskyB would not be the pre-eminent pay-TV platform it has become.

The relevance of 26th May 1989 is, in fact, quite simply the impact of the media. Cinema, books and music, even the sporting lexicon have all been influenced by television. For example, within the context of football, a commentator’s words tend to be king and can be assumed to represent a change within society and/or the sport. Within the context the 1989 game the importance is Brian Moore’s comments on Michael Thomas’ winning goal when he says ‘”Thomas, it’s up for grabs now!”

The media’s importance of this comment has been indicated in that it has become indicative of the game. Ironically, 89 is not the first documentary on the game itself, there is the aptly named It’s Up For Grabs Now! – 1988-89.

The importance of the commentator has been seen previously, Das Wunder von Bern (The Miracle of Bern), a film of the 1954 World Cup and West Germany’s win over favourites Hungary, is interspersed with commentary from Herbert Zimmerman:-

(Zimmermann fell silent for eight seconds before he spoke again)

Dilwyn Porter has posited the importance of this being a ‘great shared event’ of sport nationally (Wilson, 2017) when discussing the Zimmerman commentary. I would suggest the same occurs within the context of football in 1989 with Arsenal’s win. I would suggest the commentary is used to make the other important footballing event of 1989, the Hillsborough disaster as less imposing on the national psyche. Sean Crosson, in his excellent book ‘Sport and Film’ (2013) cites Roderick:-

Sport offers everything a good story should have, heroes and villains, triumph and disaster, achievement and despair, tension and drama. Consequently, sport makes for a compelling film narrative and films, in turn, are a vivid medium for sport.

Unfortunately, Hillsborough is not a ‘good story’, the heroes and villains are usually based on class and political power (Tempany, 2017 & Cowley, 2009) and the drama is not compelling.

In many ways it would perhaps have been better that we remember a more poignant commentary by Alan Green on Radio 2 that day at Hillsborough for 1989.

In many ways, the story that is partially ignored is April 15th 1989 and the Hillsborough disaster, when 96 Liverpool fans died at the FA Cup semi-final. Although Hillsborough is mentioned in 89 (and poignantly I may add), because of the sadness of the story and it being about Arsenal it is not dealt with. A more important question might be, why Anfield and not Hillsborough? Arsenal’s win is dealt in the two films mentioned previously as well as Fever Pitch, all of which had limited cinema release. Whereas Hillsborough is only covered by Jimmy McGovern’s Hillsborough in 1996 and the 2012 Hillsborough: The Search for Truth and these were television movies. Television documentaries are often seen as inferior to cinema releases (as they have less money invested in them and are unlikely to make much via sales rights).

In appealing to a wider audience, I might suggest that these are people have more available a richer audience and an audience who prefers a happy ending (your team winning and not people dying).

The 1989 documentary though, is interesting, again for what it leaves out. Lee Dixon in an interview says they were going to call it ‘the goal that changed everything’ (Twitter, 2017):-

We were originally going to call the film The Goal That Changed Everything, because it did

“We were orginally going to call the film The Goal That Changed Everything, because it did” #Arsenal89 pic.twitter.com/mKpqwDMeUm

In many ways, Dixon was correct, football was about to change for ever, but then so were documentaries of football. Prior to 1989 I can think of ‘Goal’, the 1966 World Cup documentary and the 1970s documentary on George Best called Fußball wie noch nie. After 1989, on purely football, I can think of a few – such as: Do I Not Like That …. The Final Chapter – Graham Taylor The Impossible Job – England – Documentary:-

Or In the Hands of the Gods (Trailer):-

All very different documentaries but indicative of the growing importance of football within the documentary canon. This cannot be said to be due to May 26th 1989, but indicated the media’s importance being transformed since the introduction of dedicated sports channels, such as BskyB, have had upon football.

In many ways, although enjoyable, the documentary does suffer from being somewhat lacking in originality. It follows the tradition of having ‘talking heads’ from the main Arsenal team (but none from any opposition). Players such as Brian Marwood do not appear in the documentary, even though he was one of the top three scorers that season and probably the player of the season. This may be due to his working at Manchester City and falling out with the Arsenal manager George Graham. The film also romanticises certain aspects of Arsenal within the interview context to recall a balmy era of football players drinking after training on a Tuesday, infamously called the ‘Tuesday club’. That they attempt to retain a team spirit by entering a pub rather seems worrying with both Tony Adams and Paul Merson alcoholics. In many way, it made the film feel lacking in sensitivity on an area in which the players are glamorised as drinkers but not addicts. In many ways I felt the film suffered by not saying anything ‘serious’ and agree with McDonald (2007) says:-

It also gives the authority of the text to the players and famous fans (Amy Lawrence and Alan Davies). Only three ‘normal’ fans are spoken to and then only to underline how drunk the players were after the victory in Liverpool. The conclusion of the film, using Arsenal’s top scorer Thierry Henry gives it an authoritative touch, as he was part of a later generation but knew ‘the history’ of the game which emphasises a bond with ‘The Arsenal’. But did Thierry watch the game live? Was he a fan in Paris aged 12 in 1989? I doubt it.

In conclusion, I like 89, mainly because I’m an Arsenal fan. But is the actual date, May 26th 1989 itself important anymore? Personally, I don’t think so, but what is important is that football was about to change for two reasons. Firstly, Hillsborough, which underlined that fans had been treated poorly (which is being polite), bought in the Taylor Report which upgraded stadiums. Secondly, the impact of the media, TV rights etc bought richer ‘fans’ who would ‘gentrify’ the game. Whilst the Liverpool game itself marked the beginning of viewing the importance of a cup final game at the end of a season, in order to keep fans interested in the sporting ‘product’. In many ways 26th May 1989 represents the beginning of big business “modern football” and the need for fans to hang on to the myth of the happy days of 1980s football – the inflatable banana’s, Liverpool, Ipswich, Villa, Spurs and Everton winning in Europe, that players drank in pubs like us fans rather than the aloof rich millionaires they are today. They were in fact far from that and in many ways this documentary suggests that ‘nostalgia ain’t what it used to be’.

*Interesting article on its relevance can be found on the very insightful Game of the people blog post here. 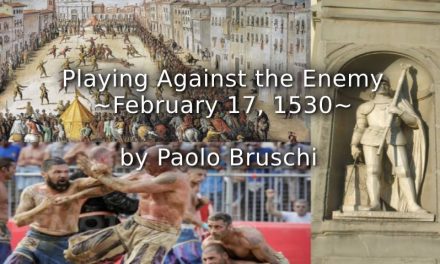 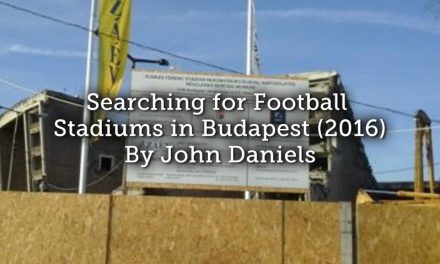 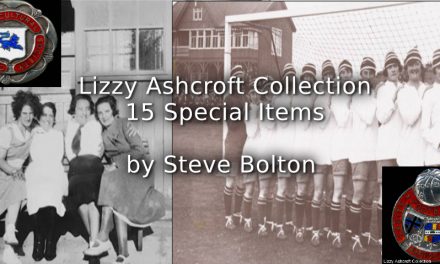