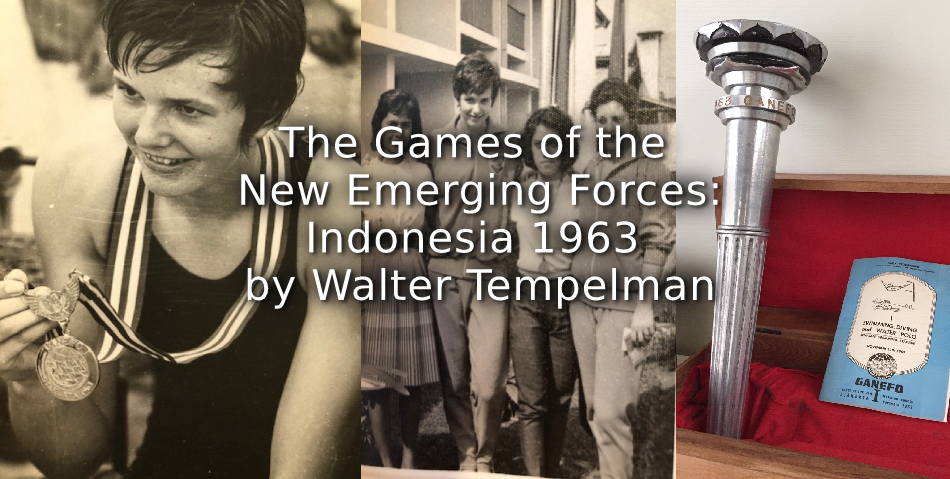 A year before the Olympic Games of 1964 in Tokyo Indonesia hosts an international mulit-sport event which shook the world. A forgotten event where the decolonized countries tried to make a stand against the international world of sports: the Games of the New Emerging Forces in Jakarta. Some considered it to be an attack on the Olympic Games.

Jakarta, November 1963. A Dutch female swimmer is on the top step of the podium. The national anthem, het Wilhelmus, is played. Just for her. Guda Heyke is 16 years old and is the fastest in the 100m freestyle (winning time: 1 minute and 8 seconds) and waves enthusiastically to the mostly Indonesian spectators.

“As a Dutchie you were noticed. Everyone cheered and waved at me. They were very enthusiastic. ”

The Dutch flag waves through the air at an event organized by Indonesia, the first country to declare its independence from the colonizer after World War II. Decolonized countries from Asia and Africa have been invited to the Games of the New Emerging Forces (Ganefo). The socialist Eastern European countries such as Poland, Czechoslovakia and Yugoslavia also have a spot at the multi-sport event, which is presented in an Olympic way, including an opening ceremony, a flag parade and a flame. And there is a small Dutch delegation present. Four swimmers, a number of sailors and delegation leader Joop Meijer are in Jakarta to participate in the Ganefo on behalf of the Netherlands. Meijer is federal secretary of the Dutch Cultural Sports Association (NCS), a (then) socialist organization, founded from the labor movement. That is the association that sends out the Dutch athletes, not the National Olympic Committee (NOC). 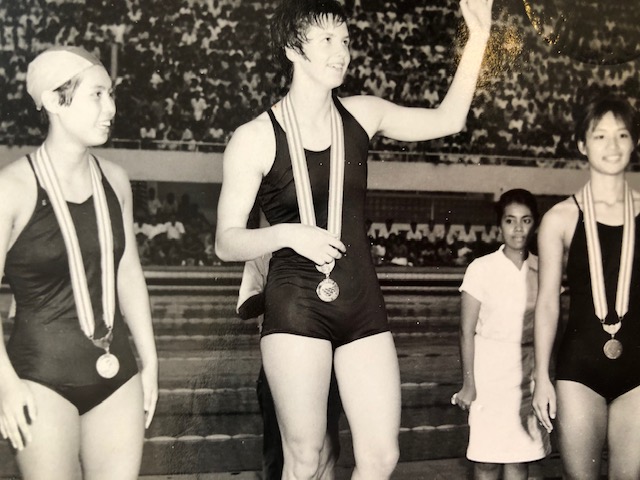 The International Olympic Committee (IOC) has banned countries from participating in the event and threatens to suspend athletes who join for the next Olympic Games, the Tokyo Olympics in 1964. Sports and politics must remain separate according to IOC rules and Ganefo is seen as a politically driven event. It is generally believed that China is an organizational and financial backing for President Sukarno of Indonesia in the background. Sukarno wants to play a role in the newly created world order with new, decolonized countries.

“These countries wanted to form a bloc against the West, they wanted to give a common voice to the unbound countries to stand up against the imperialist and capitalist politics of the West.” There was an international network of diplomats and journalists, among others, to make that process a success. Organizing such a sports event fits with that strategy. ” [Fridus Steijlen, Indonesia expert and professor at the VU Amsterdam]

Whatever happens, the event must be succesfull. When it becomes clear that most countries are not going to send their top athletes (except for a country like China, which is not a member of the IOC at the time), Indonesia seeks contact with universities and left-wing workers’ organizations. That way Ganefo must be able to bind many athletes, albeit not of Olympic level. In the 1963 annual report of the Dutch Cultural Sports Association, a passage about the Ganefo states that the invitation had been accepted by the federation

“to contribute through our participation in the growth of good relations between the Netherlands and Indonesia. Not everyone outside our union appreciated this point of view, as evidenced by the many articles in the Dutch newspapers that were inspired by reports from “strangers”. 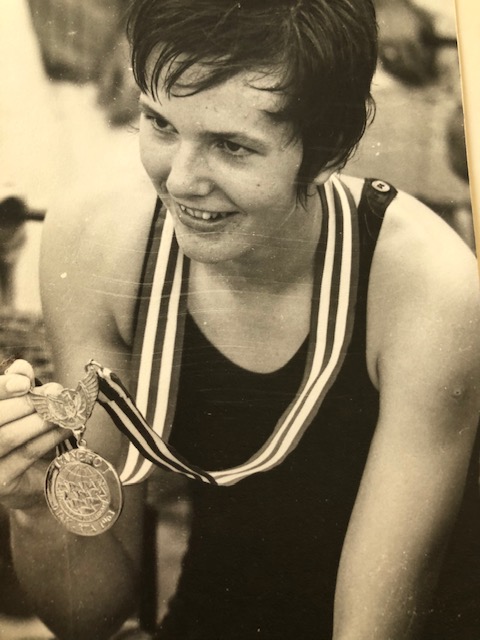 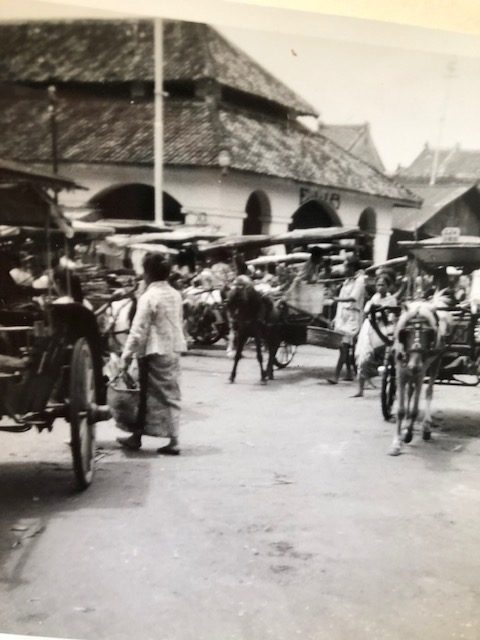 Swimmer Guda Heyke is in 1963 unaware of Ganefo’s political weight. She is 16 years old and swims fast. Heyke wins the 100m freestyle and comes in second in the 100m butterfly

“The many Chinese swimmers who were there would have been in training camp for six weeks. I was faster than all of them. In bathing water that was very warm, 33 degrees. We were used to cold water, which ensures you that you are alert and that you feel like going for a good swim. That warm water made you languid. ”

Heyke often went abroad for competitions. Her club, De Watervrienden from Zaandam, was affiliated with the NCS. The trip to Jakarta was a new adventure. She was selected together with three other swimmers.

“That was very official. We were given a uniform. A beautiful white blouse and a gray flannel skirt. Strange of course, because flannel is much too warm for the temperatures in the tropics. We really made a trip around the world, because the plane could not fly directly to Jakarta. There were stopovers in Rome, Cairo, Karachi, Calcutta. And in Bangkok we switched to a plane from the Indonesian airline Garuda. From there on we flew over Sumatra to Jakarta. I thought it was wonderful to see that island from the air. ” 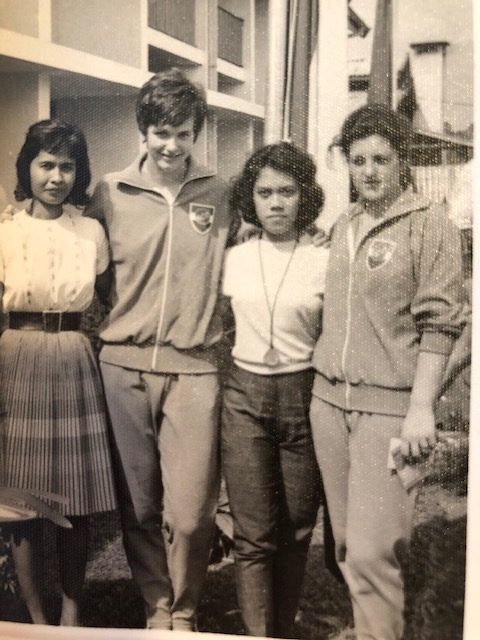 The so-called New Emerging Forces wanted to counterbalance imperialism and capitalism. The East also should have something to say at the international stage. That group of non-aligned countries was headed by Indonesia. In 1955, the historically significant Bandung Conference was also held in that country. A meeting without the Western colonial powers, but with countries such as Egypt, India and Sri Lanka; young independent states. “Bandung” would eventually culminate in a conference in Belgrade in 1961, organized by Sukarno and Yugoslav President Tito. At that conference the movement of unbound countries was founded.

The Games of the New Emerging Forces is held exactly in between two sporting events, the Asian Games in 1962 (also in Jakarta) and the Olympic Games in Tokyo in 1964. It causes more than a ripple in international sports relations; Sukarno throws a very large stone into the pond. A stone that, according to the Indonesian president, is a reaction to the suspension of the Indonesian Olympic Committee following an incident at the Asian Games. At that event the delegations from Israel and Taiwan were denied visa by the Indonesian government, thus denying them participation in the event. The IOC subsequently suspended the National Olympic Committee of Indonesia. By organizing his own ‘Olympic Games’ Sukarno shows what he’s got. He positions himself as leader of the New Emerging Forces, strengthens ties with China and, in his own words, shows that politics and sports are indeed interrelated, also at the IOC.

The Dutch presence in Jakarta can be explained on the basis of the new political and diplomatic ties with Indonesia. There were none before 1962, says Indonesia expert Steylen.

“That had to do with the New Guinea issue. New Guinea remained a part of the Netherlands after Indonesia’s independence. Over the years there has been increasing pressure from the international community on the Netherlands to hand over New Guinea to Indonesia. That agreement was reached in 1962 and was implemented a year later. Suppose that Sukarno had wanted to hold the Ganefo in 1960, then the Netherlands would most likely not have been invited. ”

That invitation from the Indonesian Olympic Committee therefore ends up at the Dutch Cultural Sports Association. Today, this organization has a humanist basis and in the 1960s it was a union where socialist principles were highly valuated. From the annual report of 1963:

“We consider ourselves fortunate that it was precisely our Dutch Cultural Sports Association that opened the sports contact with Indonesia. The enthusiastic reception in Djakarta, the extremely pleasant contacts with all layers of the population as well as the successful participation in the sports festival itself are just a few aspects of this.” 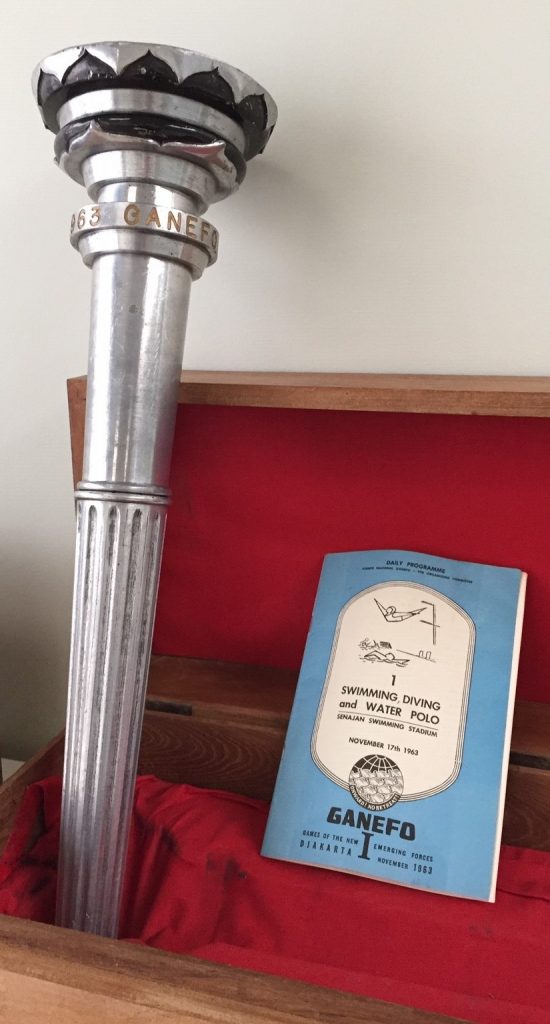 Swimmer Heyke also experiences the event as a great adventure.

“In addition to the swimming competitions, we also made wonderful trips to Medan on Sumatra, for example.”

And she dances with Sukarno in his palace.

“All delegations were invited. There was some kind of dinner party. A little man with a lot of wrinkles asked me to dance. He spoke Dutch and was very nice. He also knew who I was, because afterwards he said: ‘You can swim better than you dance.’ And he was right!”

Because the participants are mostly athletes who are just below the Olympic level, most of them are not hit very hard by the suspension of the IOC. It didn’t matter much to Heyke either.

“We were banned from participating in international sporting events for a year. So what? We wouldn’t participate in the 1964 Games anyway. We really didn’t care about the suspension. I was in the fourth grade of the MULO. My mother had stipulated that I could be part of this great adventure. I’m glad I was given the opportunity and had the experience to take part in such a great event. ”

Sukarno’s adventure to become a strong factor on the political world stage through sports activities ended after one edition. The Indonesian National Olympic Committee and the IOC smoothed out the kinks and Sukarno was ousted as president in early 1966 after a coup. The earthquake that Ganefo was supposed to be, would become a barely noticable tremble in 1966 with the Asian Ganefo in Cambodia.

This story is written after consulting various sources, newspaper articles and after interviews with various people. Thanks in particular to Guda Heyke, the swimmer who won the gold medal. For sharing her memories and the enthusiasm for those stories. The black and white photos are from her archive. Also thanks to Russel Field of the University of Manitoba. He has published a number of pieces about Ganefo and has shared his knowledge about it with me. Fridus Steijlen, professor at the Free University, helped me to place the event in the right political and social context. Furthermore, the document published by Ewa T. Paulkner in July 1964 for the RAND Corporation has been a source of information. The photo of the torch and the program booklet is from the archive of the Dutch Cultural Sports Association (NCS). 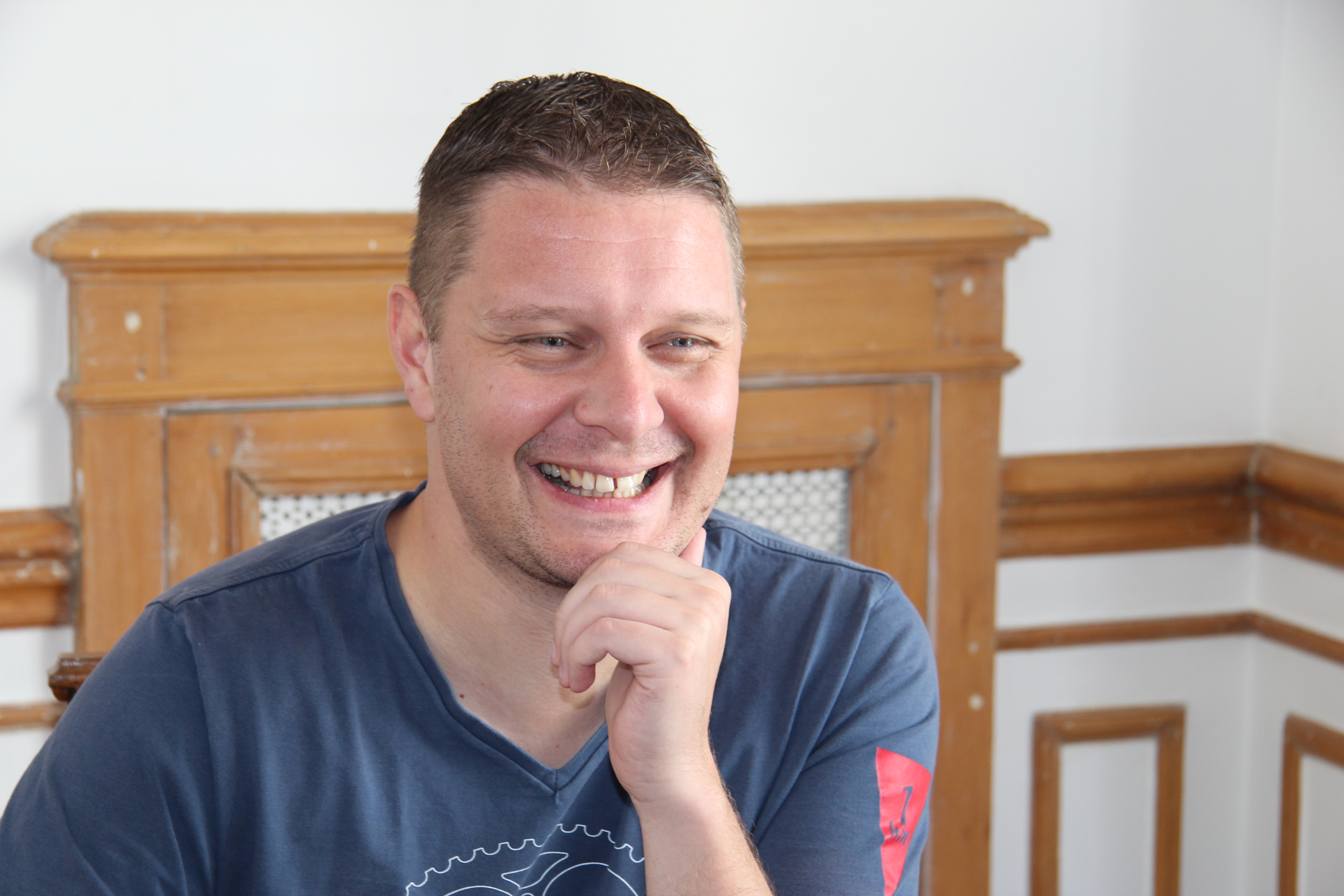 Walter Tempelman is a Dutch freelance journalist. He is a director at the national radio in the Netherlands, the NOS. On Radio 1, the network for news and sports, at the long-running sports radioshows Langs de Lijn en Langs de Lijn En Omstreken. Besides his work and love for the radio, he also hosts the site Discover the Games. A site dedicated to obscure, small multi-sport events and lesser-known sports all over the world. He reports from those events for several media and writes historical pieces about the obscure events in the past: The Games that once were. www.discoverthegames.com Twitter: @discoverthegame Instagram: DiscovertheGames 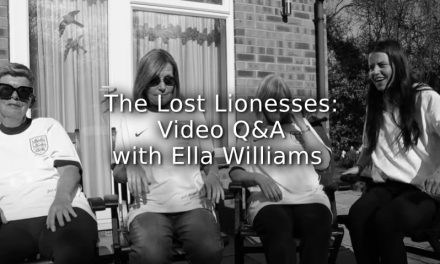 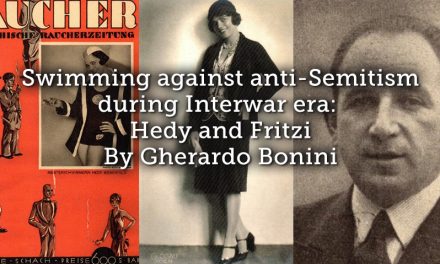 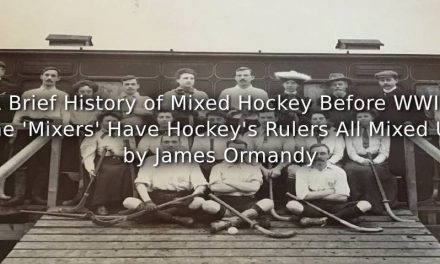 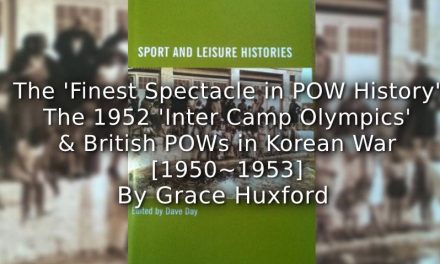