On This Week in Sport History ~ French Sport 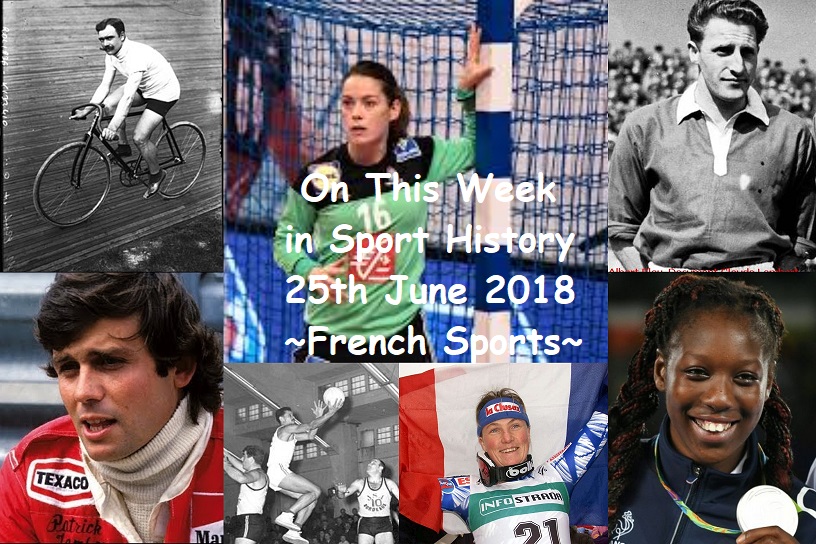 To mark the last week of my French sojourn,  On This Week takes a look at 7 French sporting stars born during the next 7 days in bygone years

Patrick Daniel Tambay, racing driver, was born on this day in 1949 in Paris. He competed in 123 Formula One World Championship GPs, winning twice, securing 5 pole positions and scoring a total of 103 Championship points. In 2006, he raced in the inaugural season of the Grand Prix Masters formula for retired Formula One drivers, and continued in the series in 2007. Early in his career, Tambay was a part of Formula 5000 with the team run by Carl Haas.

In 1977, winning the Can Am championship he debuted in Formula One on a one-off basis with Surtees, driving in just one session at the 1977 French Grand Prix before spending the rest of the season with Theodore. The team, in collaboration with Ensign, was running their N177 chassis. The showings proved fruitful as he moved to McLaren to race Formula One full-time for the 1978 and 1979 seasons. In 1980, he returned to Can Am with the Lola team, immediately winning early in the season, going on to win his second Can-Am championship.

In 1982, he was offered a place with Scuderia Ferrari after the death of his close friend Gilles Villeneuve. He won his first Grand Prix, in Germany that year after Didier Pironi was injured in practice. The German GP was just his fourth race for the Maranello based team. He took his second and last Grand Prix win in 1983 at Imola, in a very emotional victory in front of the Italian faithful when he drove the #27 Ferrari (the car number of Villeneuve) to the win after Riccardo Patrese crashed with only 6 laps to go. He was dropped by the team in 1984 in favour of Italian Michele Alboreto.

In 1987, Tambay formed his own sports promotion company in Switzerland, but gave this up in 1989 to return to racing. In 1989, he drove a Jaguar in the World Sportscar Championship and went on to finish fourth in the Le Mans 24 Hours. He then took up desert racing, finishing twice in the top three on the Paris-Dakar. He has also been involved in ice races and the Tour de Corse jet ski race.

Since retiring from full-time racing, Tambay has worked as a commentator for French television. He also serves as the deputy mayor of Le Cannet, a suburb of Cannes. He is godfather to 1997 World Champion Jacques Villeneuve. His son Adrien is also a racing driver, racing in the DTM championship 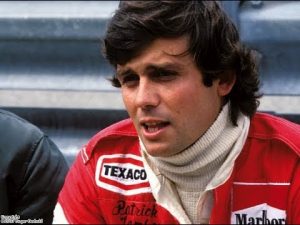 Taekwondo practitioner Haby Niaré was born today in 1993 in Mantes-la-Jolie, a suburb of Paris. She won the gold medal in the women’s welterweight (under 67 kg) division at the 2013 World Taekwondo Championships in Puebla, as well as the 2010 European title and was the silver medallist at the 2016 Olympics. Haby began her taekwondo career at the age of 10 and became a member of the national team at 14. Her father was a wrestling champion, who gave her the desire to excel and be the best. After the Rio Games she has surgery on her tibia, after which she took a short break before resuming training.

Physically she has very special technique, with spin kicks and face kicks,” said French coach, Medhi Bensafi. “She is special and spectacular, not a conventional style.” Haby’s most eye-catching technique is the kind of move seen in kung fu movies rather than in real-life sporting competition: A heel hook kick that she unleashes – almost impossibly – from up close. “I love the ‘scorpion kick’, in my team that is the name for this kick,” she said. “When we are in the clinch, when she thinks I can’t do anything – then I fire that! But I need to do it fast and if you want to do this kick, you need to be very flexible.” 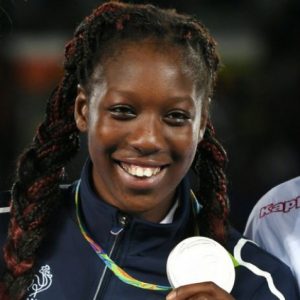 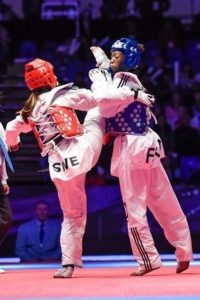 Régine Cavagnoud, World Cup alpine ski racer was born on this day in 1970 in Thônes, Haute-Savoie, In a career plagued by injuries she finally secured a World Cup race victory in her 10th year of competition, a downhill race held in Cortina d’Ampezzo, Italy on 21st January 1999, which was also the first World Cup downhill race victory by a Frenchwoman in 17 years. She won World Cup races – four in Super-G, three downhill, and two giant slalom. Her last World Cup victory was in March 2001, a giant slalom in Courchevel, France. She topped the Super-G World Cup rankings in 2001 and was ranked third overall for the World Cup seasons ending in 2000 and 2001, winning the 2001 World Championships Super-G title.

On 29th October 2001, Régine collided with German ski coach Markus Anwander during ski training in Pitztal, Austria, as he crossed the piste. She sustained severe brain injuries and was evacuated by helicopter to Innsbruck’s university hospital, where she succumbed to her injuries two days later. Her death was the first fatality involving a World Cup ski racer in over seven years, since the death of Austria’s Ulrike Maier in a downhill race in January 1994. She is buried near her native village of La Clusaz in the French Alps. 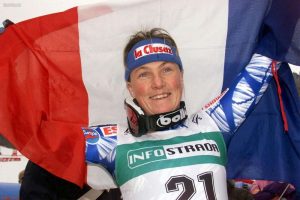 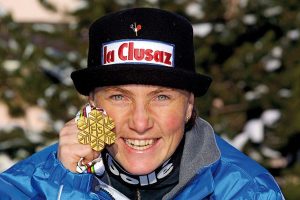 Basketball player Roger Antoine was born today in 1921 in Bamako, Mali.  On his arrival in France as a student he first specialised in 110m hurdling and was also French high-jump champion of 1953. Roger discovered basketball at a charity event and, as they say, never looked back. Within a few months, thanks to his exceptional athleticism, he won a place in the national basketball team, becoming an international in his first season at the Paris University Club (PUC) and thus becoming the first player of colour to play for the French national team. He went on to compete for France at both the 1956 and 1960 Olympics. His list of honours is prolific and includes; 66 national team selections between 1951 and 1960, participation on two Olympics, one World Championship and one European Championship, selected to play for the European Team, which captained in 1964, a winner of the French Championship in ’63 and four French Cups (’54, ’55, ’62 and ’63) – all with PUC. Roger died on 11th February 2003, noted as one of the best ever players to don the purple jersey of the PUC 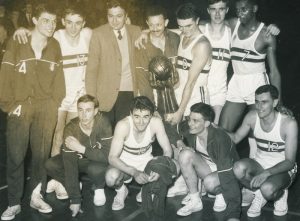 Roger in centre with trophy 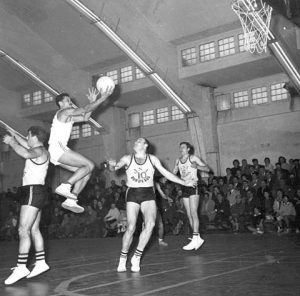 Louis Trousselier, who was born on this day in 1881 in Paris, was a racing cyclist who gloried in the nickname Trou-Trou. He came from a rich family which had a flower business in central Paris, when Henri Desgrange, the first organiser of the Tour de France, sought to popularise competitors by giving them nicknames, he referred to Louis as “the florist”. His brothers Léopold and André were also cyclists. After competing in the 1900 Summer Olympics, Louis turned professional and rode his first professional race during Christmas 1900. In 1903, he rode Bordeaux–Paris, which was his first long race and finished in second place, behind Hippolyte Aucouturier. However, a few days later he was disqualified, because he had taken shelter behind a car during the race. When the newspaper that organized Bordeaux–Paris organized the first Tour de France later that year, Louis was still banned. He eventually rode his first Tour in 1905, taking a few days’ official leave from his service as a soldier and depending on doing well to save himself from too strong a penalty – potentially as a deserter – when he got back much later. He dominated the race winning five stages and taking the race 35 points ahead of Hippolyte Aucouturier (61 pts) and Jean-Baptiste Dortignacq (64pts). Victory brought Louis lots of money in contracts to ride all over France and a bonus from his sponsor. But that night, in a track-side cabin in Paris, he lost the whole lot playing dice with friends. “There’s always another Tour to win it back again”, he is reputed to have said, although he never rode as well again. The one bet that he did win was that the army would forgive him for overstaying his leave. He rode the Tour well again in 1906 but never to the level of the previous year, nevertheless winning stages and finishing third. He became a specialist in long-distance racing, in 1908 winning Bordeaux–Paris 26 minutes ahead of the next rider.  He twice came second in the race and once third. He came second in the 1906 Bol d’Or 24-hour race at the Vélodrome Buffalo in Paris. He rode a six-day event on the track, although he decided against specialising in what could have been a profitable career. He stopped racing just before World War I and took over the family business. Trousselier had an entertaining personality and a taste for practical jokes. He was known for training with friends and stopping with them at the most expensive restaurant they could find. Towards the end of the meal, they would start a mock argument in which their raised voices attracted the attention of the restaurateur. When he went to intervene, he was told the argument was over who among them was the best rider. The only way to settle it was a race and the restaurateur was invited to set a local landmark several kilometres distant to which the riders would race and then turn and race back to the restaurant. Whoever came in last would pay the bill – the restaurateur would then set his diners off on their race… only for them never to return. 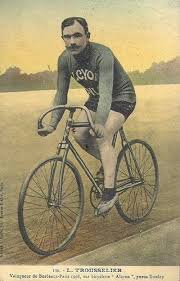 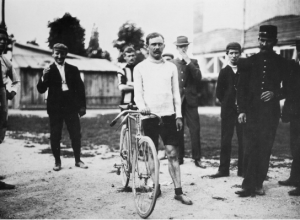 Footballer Albert Eloy in Bully-les-Mines on this day in 1927. He played as defender for UA Sedan Torcy between 1949 and 1958. With the Ardennes club, was the winner of the Coupe de France in 1956 and repeated the achievement three years later, but this time with Le Havre AC. He played there from 1958 to his career end in 1961.In 1959 the team were Champions of France D2. Albert became the manager of SM Caen in 1961, a position he held for a year.  to 1962. Albert died on 8th December 2008 in Troyes. 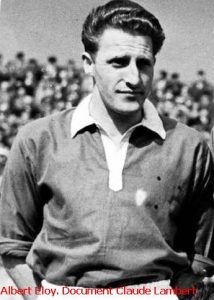 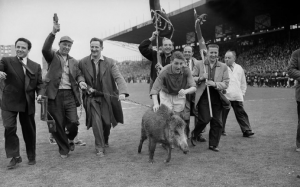 Cléopatre Darleux, French national handball goalkeeper was born today in 1989. Affiliated to the club Brest Bretagne Handball since 2016, she started her career in 1997 playing at Wittenheim, moving in 2002 to Kingersheim where she spent two years. Spells at ES Besancon, Issy les Moulineaux, Metz Handball, Arvor 29, Viborg HK and Nice Handball followed. Cléopatre  participated at the 2009 World Women’s Handball Championship in China, winning a silver medal with the French team, In 2011 the team repeated the feat and in 2017 went one better, winning the gold medal in Germany. In 2012 Cléopatre was named best goalkeeper in the French Championship. 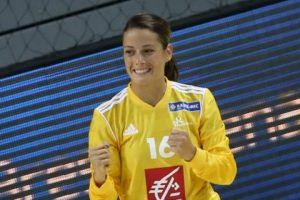 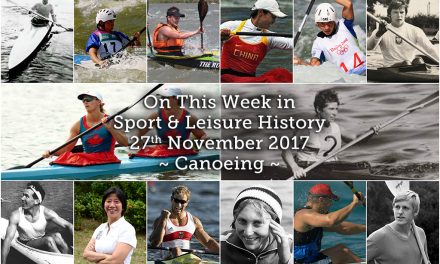 On This Week in Sport History ~ Canoeing 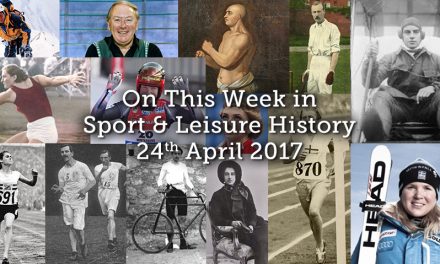 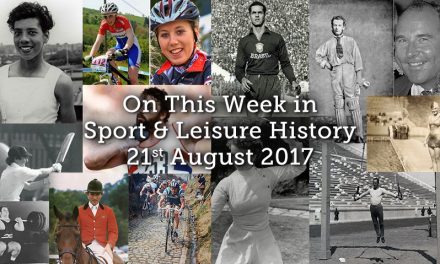 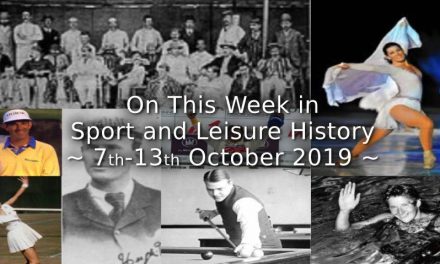