‘No fee’ was to be charged for their services: Amateur athletics advisors in 1935. Part 2. Henry Rottenburg, Athletics Innovator. 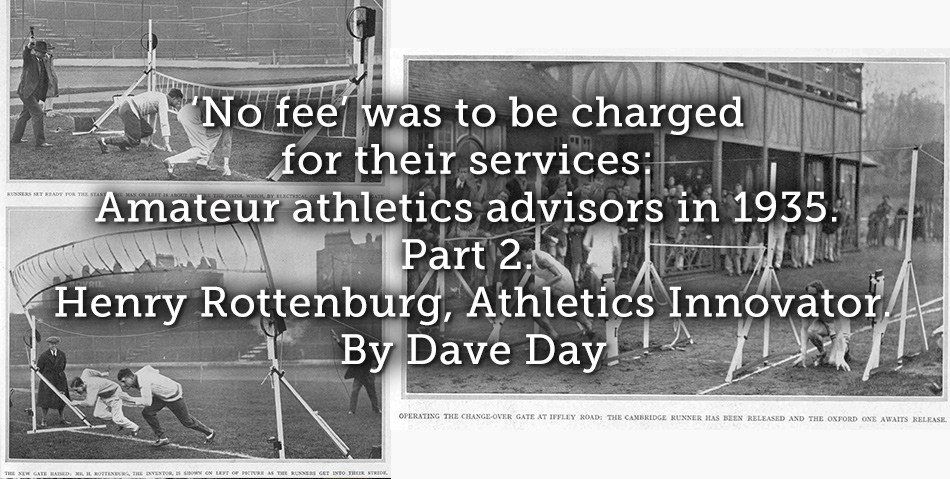 In December 1935, the Manchester Guardian produced a list of men willing to give talks, lectures and demonstrations to clubs and schools (see Table 1 in Part 1 for details). No fee was to be charged for their services, although it was expected that out-of-pocket expenses would be met.[1] Whilst never professing to be a coach, one of the most interesting men on the Guardian list was Henry (Harry) Rottenburg, M.A., M.I.E.E., who was prepared to give talks of the ‘Correlation of science and athletics’. Born in Glasgow on 6 October 1875, this son of a chemical merchant was educated at Kelvinside Academy, Loretto, and King’s College, Cambridge. Rottenburg was a fine rugby player who won five caps for Scotland and was described as “quite the most brilliant full-back of the day”. He left the UK in 1900 to work as an electrical engineer for Westinghouse in Pittsburgh but he was back at Cambridge by 1910. The 1911 census describes him as a ‘Private tutor’ and he remained in residence as a don until his death on 25 March, 1955.  Records from 1939 show him as a Chartered Electrical Engineer and he was widely acknowledged as an outstanding engineer. For some thirty years he ran the London Instrument Company, which he founded as a vehicle for developing his own inventions such as a device for sharpening gramophone needles and a walking stick fitted with rollers to assist with carrying parcels.

He also turned his attention to athletics.  The relay races between Oxford and Cambridge at Iffley Road in 1931, featured a starting gate invented by him and one that was considered effective when used for the high hurdles. The incoming runner broke a tape and released a belt in front of the man waiting on the mark.[2] 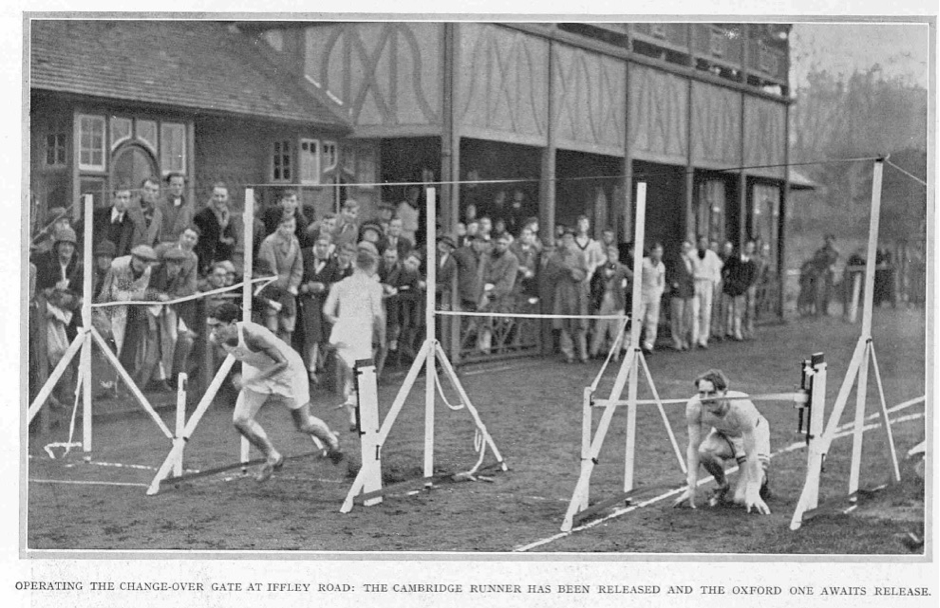 At the Public Schools athletic meeting at Stamford Bridge in April 1932 Rottenburg’s starting device for runners was tested but the starting gate, shown below, which initially worked quite well, unfortunately came to grief when a runner ran his head into it and entangled himself in the meshes.[3] 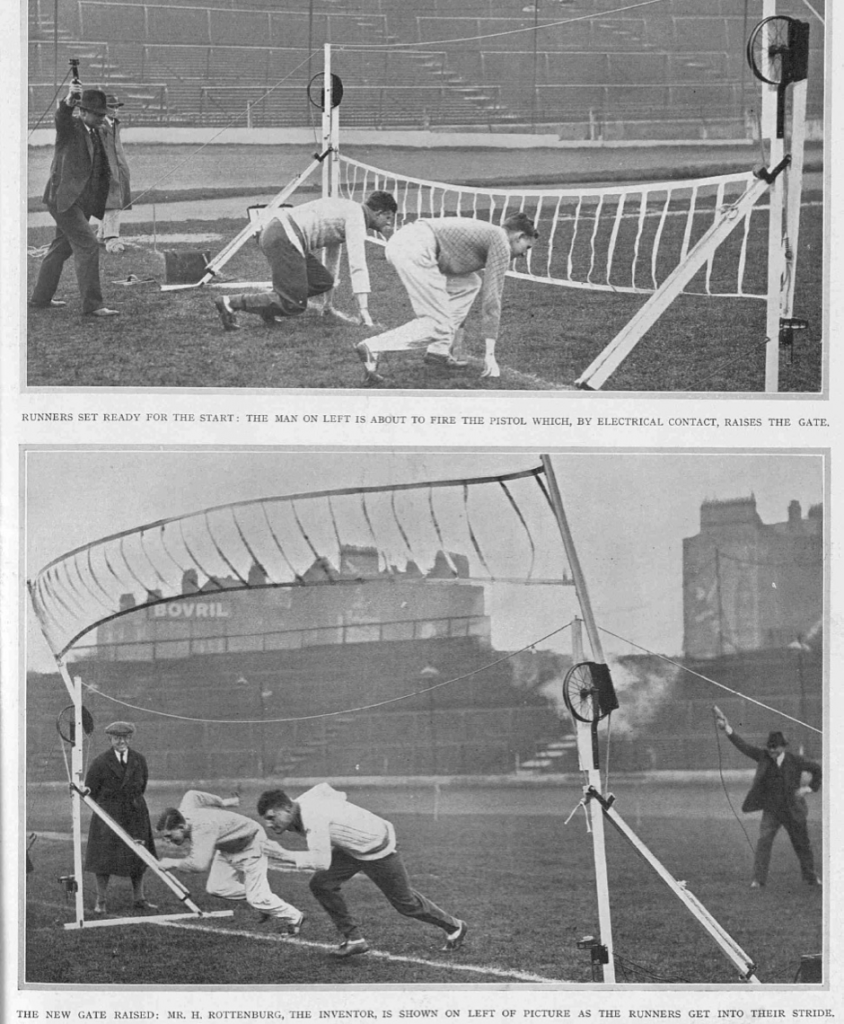 Figure 2. As on the Turf- A New Starting Gate for Running Events. Illustrated Sporting and Dramatic News, Saturday 9 April 1932, 69

Rottenburg really came into his own at the London Olympics in 1948 with a number of inventions designed to help the Games organisers make measurements with precision, ease and speed. The devices were made mostly from aluminium and the Illustrated London News highlighted four examples.[4]

Designed to measure the Olympic long jumps: from left to right. The apparatus was lowered from the side of the pit. The wire, running from the left-hand wheel was aligned with the heel mark and a reading taken. The gantry-like device levelled the sand before the whole apparatus was swung out of the way for the next jump. 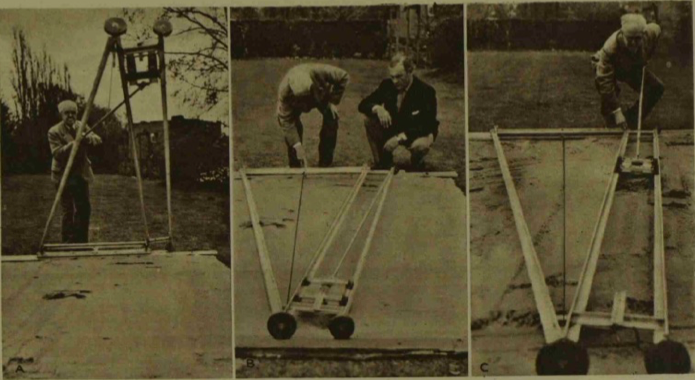 Secondly, an aluminium measuring-rod, graduated and bearing a spirit-level, would supposedly simplify high-jump measurement. The device was set under the middle of the cross-bar and the triangle at the top locked over to give a precise reading. 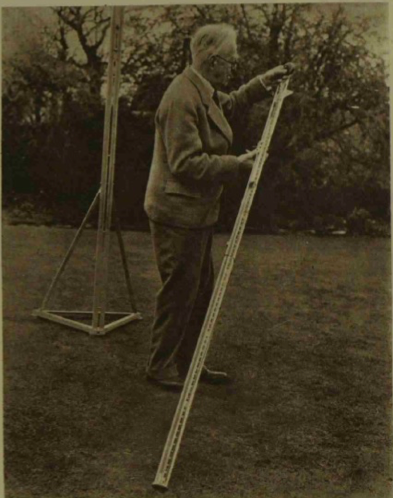 In the pole vault, the raising of the cross-bar was to be done by a string-and-pulley method which was believed to be both simple and time-saving. 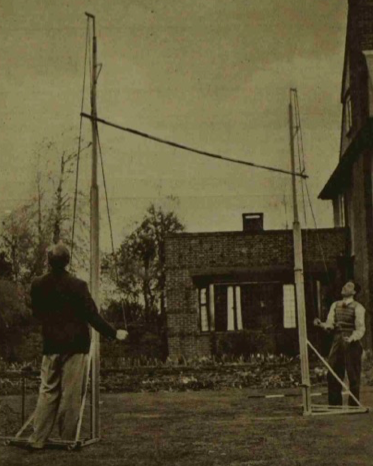 Lastly, sprinters had traditionally made their own rudimentary starting blocks, but when it was announced that the London Games would allow such aids for the first time, Rottenburg came up with adjustable blocks and a system to anchor the mechanism to the track. The left hand figure shows the method of adjusting the blocks and the right demonstrates how they were used. Made of light, strong, aluminium they were widely adjustable and could be pegged down as required.

These were all interesting innovations from an imaginative mind and, in many ways, reflect the way that coaches, both professional and amateur, have always operated, trying different options in order to achieve performance. The difference between inventor and coach, however, is illustrated in the final figure below with Rottenburg adopting a starting position in his own blocks that has echoes of the past. 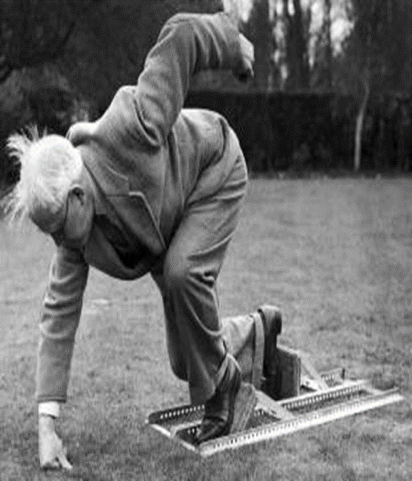 [3] As on the Turf: A New Starting Gate for Running Events. Illustrated Sporting and Dramatic News, Saturday 9 April 1932, 69. 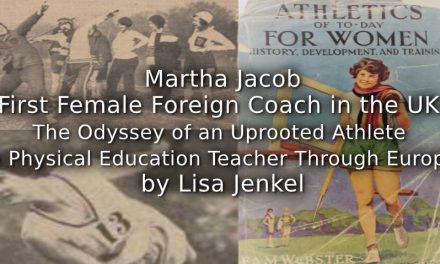 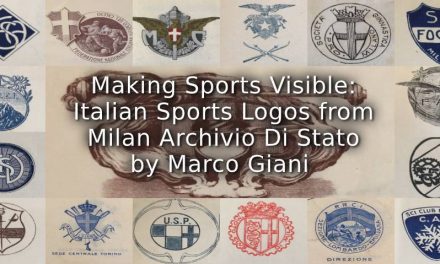 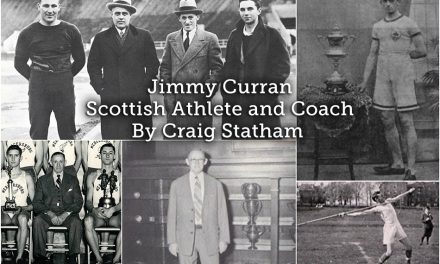 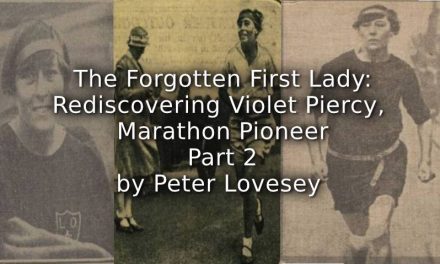