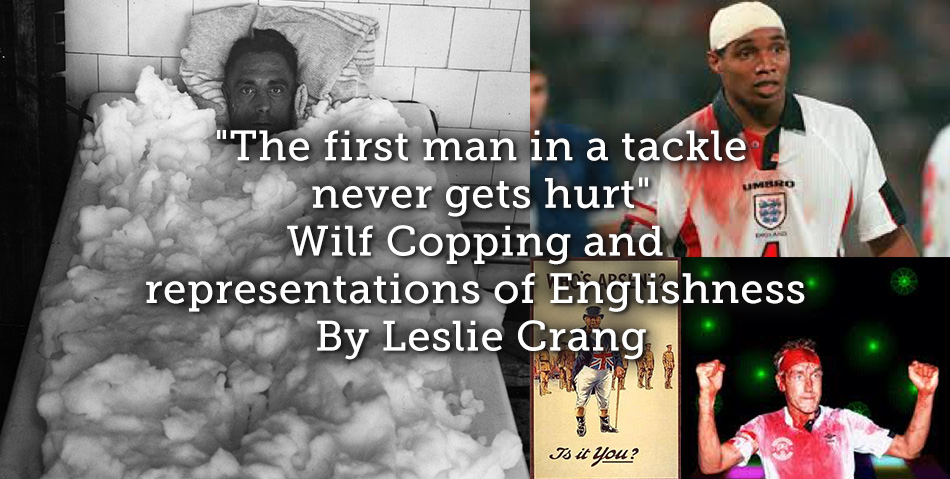 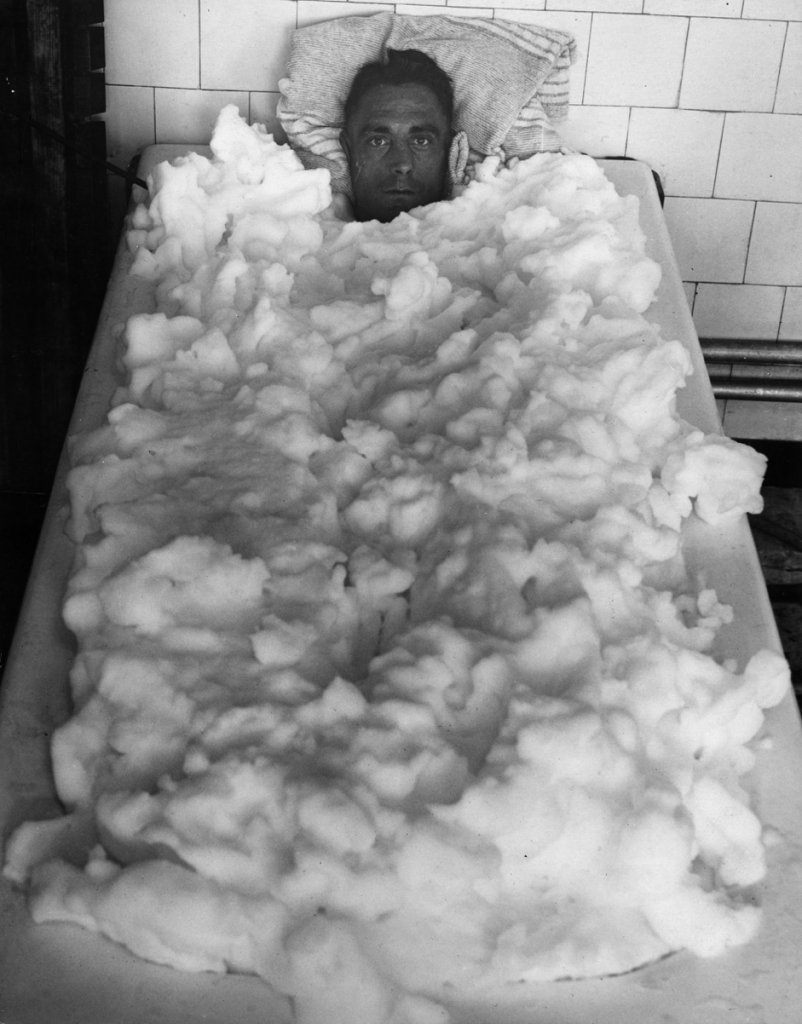 Wilf Copping, to many fans would be no one you heard of. To some Arsenal fans though, he is the epitome of what many have felt the team has been missing. An enforcer. A player that coined the above statement. The man who scowled, kicked and punched. An enforcer. Arsenal obviously have had their midfielder enforcers, perhaps best underlined by the wonderful Peter Storey. But Copping was something else. Copping is, to me the epitome of the ‘bulldog’ spirit of English hardmen. Copping is the template others are built on. This small piece will look at the cultural importance of ‘the hard man’ within British culture and why, its a mere construct and an unimportant one at that. Plus, I’m a huge Copping fan.

The Duke of Wellington once said of his soldiers:-

I don’t know what effect these men will have upon the enemy, but by God, they frighten me.

The idea that the English are a race of hardy and aggressive lot would be further underlined by such characters as John Bull. A character described as :-

Was that of a drinking man, hard-headed, down-to-earth, averse to intellectualism, fond of dogs, horses, ale, and country sports. (Johnson, 2018) 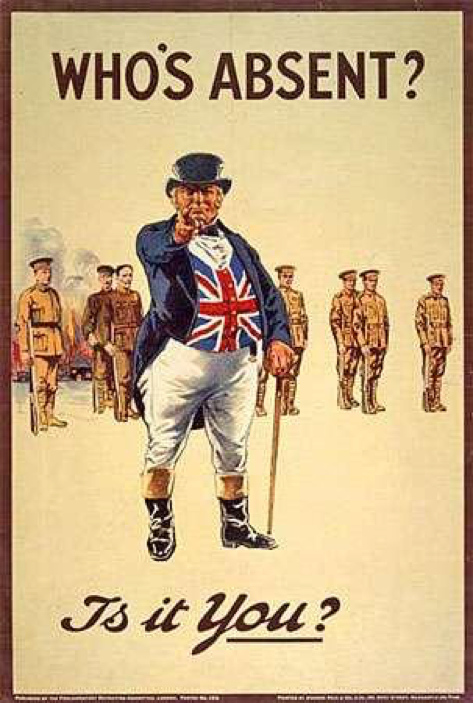 The creation of ‘Englishness’ and the aggressive stance would be seen early in the English game, when a Mr.Campbell from Blackheath Club, remarked that to dispense of hacking [rough play] in the early form of the game in the 1860s :-

Will do away with the courage and pluck of the game, and I will be bound to bring over a lot of Frenchmen who would beat you with a week’s practice. (Goldblatt, 2007)

Although hacking was stopped, the English style of play was seen early on. Aggression was certainly something that was important to the game.

Anyway, Wilf Copping early career was interesting. Rejected by his home town Barnsley, he worked some years down the coal fields of Yorkshire, before joining Leeds United. He joined Arsenal in 1934 having become a regular in the international team prior to joining. Arsenal were the team of the 1930s, derided by many as ‘the Bank of England’ due to their expensive outlay in talent but a successful one nonetheless.

Copping though is a player of some aggression with both team-mates and opposition alike. The Arsenal and England great Ted Drake said of him:-

I soon learned not to push Wilf Copping too far. Before Wilf’s first game for the club I was busy chatting to him in the dressing room and he kept ignoring me. So I tapped him on the shoulder. Big mistake! He grabbed me by the collar and shouted right in my face. ‘I want quiet! Is that clear?’ You could say I got the message. (Spurling, 2004)

Copping’s career at Arsenal was interesting. He won two league titles and FA Cup, but at heart, he was a very grounded man. Having worked from the age of 14 in the mines for 12 hours and then playing football in the local Yorkshire leagues before becoming a professional athlete meant:-

Copping tended to look on football in the same way Richard Burton, the son of a Welsh miner, viewed acting: “Wilf in particular often said that he couldn’t believe how cushy a life London footballers’ had. He almost seemed ­embarrassed sometimes,” recalled [Ted] Drake. In the close season, Copping occasionally put in a shift at the ­Middlecliffe mine near Barnsley to assuage his guilt. (Spurling, 2009)

Copping warrior instinct would be underlined by what would be termed ‘The Battle of Highbury’:-

The game was played between the International teams of England and Italy in November 1934. The Italian’s had won the second world cup the previous summer, defeating the Czechoslovakian team 2-1 in extra time.

Politically, the game carried much political weight with it, as Italy was under the control of the Fascist leader, Benito Mussolini, who had seen the significance of football, and seen to it that Italy held the second World Cup in Italy and brought in new stadiums for the tournament.

Mussolini could also see the significance of defeating the English on home soil (something that had previously never occurred by a foreign power that was not part of the Union). The English still saw themselves as masters of the game and felt that the game was their, who felt they did not need to enter a World Cup to underline this (Martin, 2005). A friendly with the holders would underline this superiority.

Copping, on seeing the Italians was not impressed. Rumours in the British press, that the Italians had been offered bonus’ of a new Alfa Romeo car and a £150 per player bonus surfaced (Stillman, 2015). Press conferences of the Italians in Taylor fitted suits must have sat rather grimly with a working class Yorkshireman, who would receive £2 for playing for England (Spurling, 2004).

Wilf Copping would be ‘man of the match’ in the game. One in which England missed a penalty, took a 3-0 half-time lead. Arsenal and England captain Eddie Hapgood discussed the rough tactics the Italians used, but praised Copping’s  “real, honest shoulder charging” and his “famous double footed tackle” which  made Italian centre half Luis Monti a mere bystander for the rest of the game. Italy, would hit back metaphorically and physically, dispensing late challenges on Ted Drake, Eddie Hapgood, Eric Brook and Ray Bowden meant the game became famous for its aggression and not a 3-2 defeat of the world champions.

Copping’s desire to win for his Country would be underlined by Bill Shankly, the Liverpool manager, when England faced Scotland in 1938 for his international debut. Copping first challenge ‘burst my stocking, my shin pad was out and cut my leg’  (Bowler, 1996). Shankly never forgot (or forgave) Copping.

So why the long preamble of Wilf Copping and his aggression to the Italians in 1934? Well, Copping is a great example of two things within English football. The first, is what is termed the ‘hatchet’ man in club football. Perhaps best personified by the 1970 FA Cup Final at Wembley. Players like Jack Charlton, Ron ‘chopper’ Harris and Norman  ‘bite your legs off’ Hunter underlined an aggressiveness within English football that would be celebrated as part of our ‘unique’ style of play.

Internationally, the aggressiveness of British football would be seen, by bandages to personify our ‘win at all cost’ attitude. Who better than England’s finest represent this than Paul Ince and Terry Butcher are representative of this English spirit (see below) and combative styles. Both played whilst profusely bleeding. Butcher against Sweden in 1989 in a 0-0 draw and Ince in Rome in 1997 in a 0-0. Both were World Cup qualifiers. 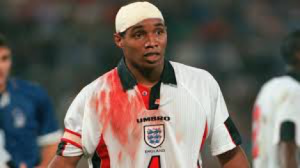 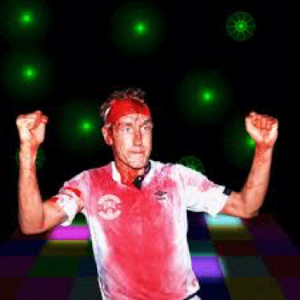 The importance of these iconographically can be seen in the recent Screwfix advert during the 2018 World Cup when Terri Butcher (a female) gets ketchup on her shirt:-

But really, these three represent Englishness in another way. Something that Raphael Honigstein discussed in his book Englischer Fussball: A German View of Our Beautiful Game. The importance of the none important game. Copping played in a friendly, Butcher and Ince in World Cup qualifiers. None of these were ‘important’ games. Christoph Kramer in the 2014 World Cup Final was concussed and asked if he was playing in the final. England still feel their finest recent match in the World Cup was the 5-1 in Munich. As Honigstein points out, this was a qualifier and Germany made the final the following year.

In conclusion, the importance of aggression is tantamount to the English psyche in some ways. Paul Ince and Terry Butcher: said ‘England players not bleeding enough in qualifiers’ as if this is a prerequisite to winning. Neither have been great successes as managers (I wonder why?) In many ways, our need to ‘first to the ball’ has meant we played with aggression and not skill. Something clearly underlined by Rob Sheen’s excellent book The Mavericks, The: English Football When Flair Wore Flares. That England’s failures wasn’t due to a lack of skill and creativity, but down to a lack of those players being allowed to play. 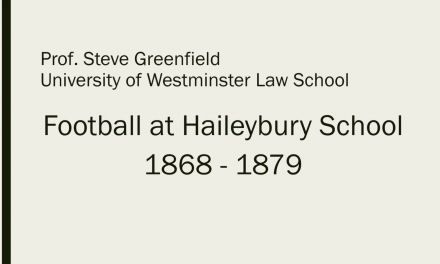 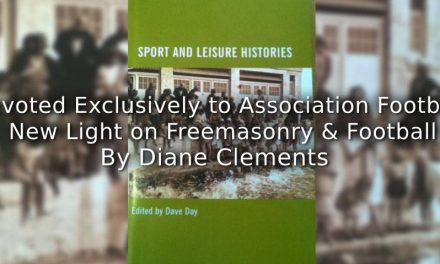 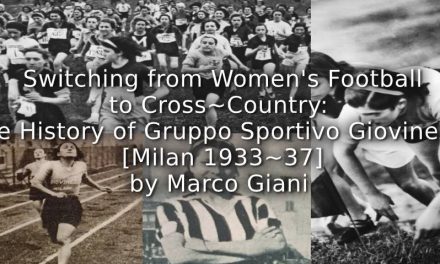 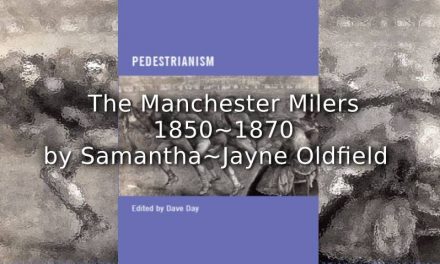