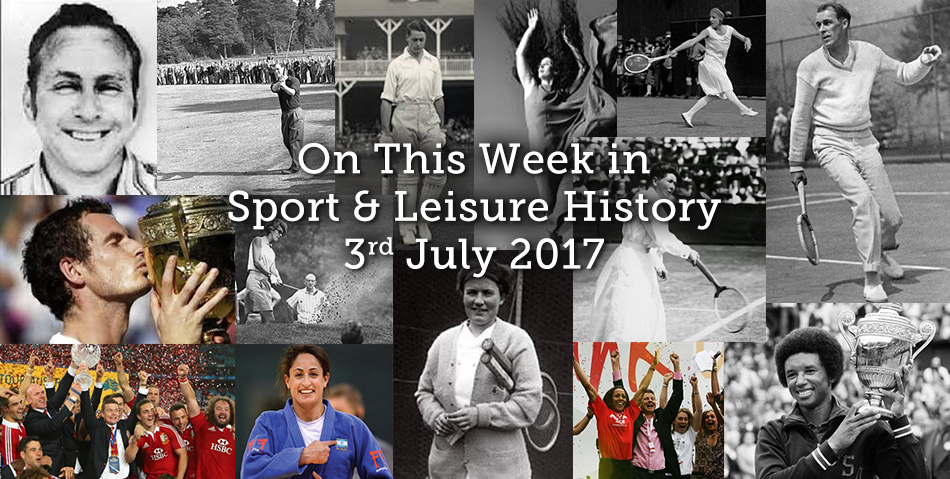 3rd – On this day in 1767 Norway’s oldest newspaper still in print Adresseavisen, is founded and the first edition is published. Today in 1886 the New York Tribune became the first newspaper to use a linotype machine for printing. Prior to this, typesetting was done by hand. Linotype became the industry standard for decades until it too was replaced by offset lithography. The machine made setting print for daily newspapers possible to complete by just a few people. The onerous task of hand typesetting meant that no newspaper in the world was ever more than eight pages. After this technique became popular, it was possible to increase the news disseminated daily. French Olympic rugby union player and Tug of War competitor Jean Collas was born today in 1874.  A member of both French teams that competed at the 1900 Olympics, winning rugby gold and tug of war silver. The 18th Wimbledon Women’s tennis final saw Charlotte Cooper beat Blanche Bingley: 6-2, 6-2,in 1901. Bramhall Lane, Sheffield, became England’s seventh Test cricket ground when it staged the third Test between England and Australia in 1902. Australia’s Clem Hill scored the only century on the ground, which was not used again for Test cricket. The world heavyweight boxing title fight between Melvin Hart and Jack root at Nevada in 1905 was the first to have a former champion as the referee, James J Jeffries. The contest was to find his successor. In 1908 at the 25th edition of the Women’s championship at Wimbledon Charlotte Cooper was once again victorious this time getting the better of Miss A Morton (6-4, 6-4).  Miss Moreton lost again the following year, 1909, this time succumbing to Dora Boothby in 3 sets: 6-4, 4-6, 8-6.  In 1920 ‘Big’ Bill Tilden beat Gerald Patterson of Australia to become the first American winner of the men’s singles title at Wimbledon The most prolific wicket-taker in Test cricket, former New Zealand and Nottinghamshire captain Sir Richard Hadlee, was born in 1951.  He became the first man to take 400 wickets in Test cricket in 1990. He was knighted for services to cricket in the same year.  The 1966 Us Women’s Open Golf Championship, the 21st edition, was won by Sandra Spuzich. Britain’s Barry Sheene won the 500cc race at the 1977 Belgian Grand Prix at an average speed of 135.07mph (217km/hr), the fastest ever recorded speed at a world championship motor-cycle race.  Back to the tennis and this time the 100th Wimbledon Women’s Open in 1993 which was won by Steffi Graf who beat a tearful Jana Novotna 7-6, 1-6, 6-4.  Tim Flood, Irish hurler died at the age of 87 in 2014. Born in Clonroche, County Wexford, Flood first arrived on the inter-county scene at the age of 22 when he first linked up with the Wexford senior team. He made his senior debut in the 1947/48 National Hurling League and went on to win three All-Ireland medals, six Leinster medals and two National Hurling League medals. He was an All-Ireland runner-up on three occasions. As a member of the Leinster inter-provincial team on a number of occasions, Flood won two Railway Cup medals in 1954 and 1956. At club level he won three championship medals with Cloughbawn. His career tally of 26 goals and 59 points marks him out as Wexford’s fourth highest championship scorer of all-time. Throughout his inter-county career, Flood made 38 championship appearances for Wexford and he retired at the conclusion of the 1962 championship. His brother-in-law, Oliver “Hopper” McGrath, and his son, Seán Flood, also enjoyed All-Ireland success with Wexford. After retirement Flood became involved in team management and coaching. He served as coach of the Cloughbawn junior hurling team before later serving as a selector. He is widely regarded as one of the greatest hurlers of his era and has been voted onto teams made up of the sport’s greats, including at left corner-forward on a specially-chosen greatest ever Wexford side in 2002. After finishing with hurling, Flood was heavily involved in sheepdog trials, and represented Cloughbawn, Wexford, Leinster and Ireland on numerous occasions. He competed in his first national trial in 1970 and made his debut on the Irish team in 1972. He and a collie called Cosy won the national title in 1975, the first of his twelve All-Ireland titles. Six of the dozen were in the singles event, while six were doubles, working with a brace of dogs. Flood also made several appearances on the BBC’s One Man and His Dog. 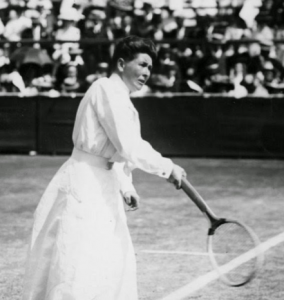 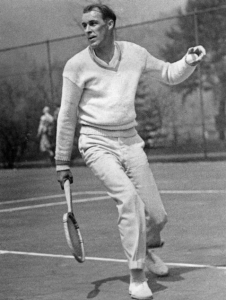 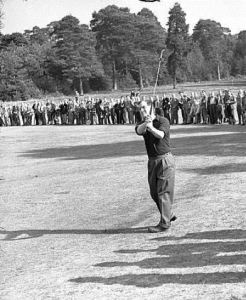 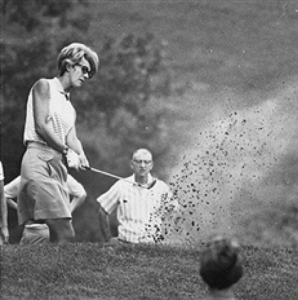 5th – English Chess Master Horatio Caro was born in Newcastle upon Tyne.but spent most of his chess career in Berlin.In 1892, he drew with Curt von Bardeleben (+2 –2 =2), lost to Szymon Winawer (+2 –3 =1). In 1897, he lost to Jacques Mieses (+3 –4 =3). In 1903, he drew with Bardeleben (+4 –4 =0). In 1905, he won against Moritz Lewitt (+4 –3 =5).In tournaments, he won in Berlin (1888, 1891, 1894, 1898 (jointly), and 1903).as well as being placed in many other competitions across Europe. His claim to fame is linked to the opening Caro-Kann Defence which he analysed along with Marcus Kann and jointly published about in the German journal Bruederschaft in1886. Caro died in London at age 58.  Dwight F Davis, the man who allegedly gave the Davis Cup to tennis, (see the work of Dr Simon Eaves whose research disputes this claim (Link), was born in 1879. The one and only Test Cricket match ever played at Sheffield was won by Australia on this day in 1902.  Tennis and in 1904, at the 4th David Cup the British Isles beat Belgium at Wimbledon, 5-0. There have been some notable achievements at Wimbledon on 5th July in bygone years: In 1906 at the 30th instalment of the Men’s Tennis Championships Laurence Doherty beat Frank Riseley (6-4 4-6 6-2 6-3) and in 1919 Suzanne Lenglen became the first non-English speaking ladies’ champion; it was the first of five consecutive titles for the French woman. The 50th Men’s Title was played for in 1930 with Bill Tilden getting the better of W Allison in 3 sets 6-3, 9-7, 6-4. In 1952 ‘Little Mo’, Maureen Connolly, won the ladies crown at the age of 17, beating Louise Brough.  Arthur Ashe became the first black men’s champion in 1975 when he beat Jimmy Connors. In 1980 Bjorn Borg won his fifth consecutive title, getting the better of John McEnroe in a four-hour five-set cliff-hanger rated as one of the best Wimbledon finals of all time.  Back to my chronology now and on this day in 1929 former England spin-bowler Tony Lock was born. He took 174 wickets in 49 Tests between 1952 and 1968. He was a member of the successful Surrey county side in the 1950s. At the 75th playing of the British Golf Open in 1946 in St Andrews, Sam Snead shot a 290 to claim the title. Also on this day in 1946, a new type of swimwear was revealed in Paris. July 1, 1946 saw the first nuclear bomb explosion at an atoll in the Pacific Ocean. Car engineer and part-time designer Louis Réard claimed his new beachwear would cause as much excitement as one of the explosions in the Pacific. He named his creation after the detonation site and gave the world the bikini – again. Bikinis, or two-piece bathing suits were first worn in antiquity during the Chalcolithic and the Greco-Roman eras. Çatalhöyük, a mother-goddess worshiped by inhabitants of Anatolia, was shown astride two leopards wearing the two piece suit. The same outfit is seen worn by women engaging in sporting event and painted on Greek urns. Romans of the Diocletian period were also known to scantily dress while exercising. Venus is seen wearing a bikini in the ruins of Pompeii. Today in 1954 the BBC broadcast its first daily television news programme.The 20-minute bulletin was read by Richard Baker and was introduced as an “Illustrated summary of the news… followed by the latest film of events and happenings at home and abroad.” At the time the Television Newsreel programme, which was to be discontinued, was prepared in advance and contained news items which are often days old. The new service was intended to be more up-to-date and would also eventually include studio interviews. The first edition began with news of truce talks being held near Hanoi and an item on French troop movements in Tunisia. Richard Baker could be heard reading the news while a series of headlines, still photographs and maps were shown on the screen. BBC Director General Sir Ian Jacob acknowledged there had been significant difficulties producing the new television bulletins. “News is not at all an easy thing to do on television. A good many of the main news items are not easily made visual – therefore we have the problem of giving news with the same standards that the corporation has built up in sound.” He added that the format of the programme was likely to change, but said the BBC was committed to television news. “This is a start on something we regard as extremely significant for the future,” he said. The programme was not met with universal approval, being variously described as “absolute ghastly”, “crazy” and “as visually impressive as the fat stock prices”. BBC Radio was also very sceptical of the new service and insisted it retain editorial control over the headlines and story content. But between 1954 and 1955 the amount of television time devoted to news was doubled and in September 1955 Independent Television News launched its first service. BBC television news has expanded considerably since its early days and is now available round-the-clock on BBC News 24. In July 2004, the corporation celebrated 50 years since the first daily 20-minute bulletin. Today in 1954 saw Pakistani cricketer Khalid Hassan represent his national side in a Test match at the tender age of 16 years and 356 days. He was then and remains the youngest player to play only a single Test match. A right-arm leg spinner, he played 17 first-class matches in total, 14 of which came on Pakistan’s 1954 tour of the UK.  The 25th US Women’s Open Golf in 1970 was won by Donna Caponi Young. One of the best known and widely respected cricket umpires – Dickie Bird – made his Test Cricket umpiring debut on this day in 1973 when England played New Zealand at Leeds. On this day in 1980 Sweden’s Bjorn Borg won his fifth Wimbledon title and became the first male tennis player to win the championships five times in succession (1976-1980). Today in 2015 the USA women’s national soccer team won the 2015 FIFA Women’s World Cup held in Vancouver, British Columbia. 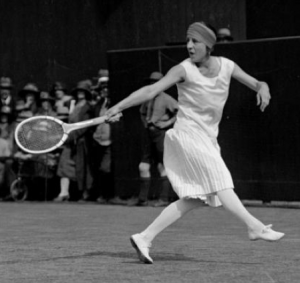 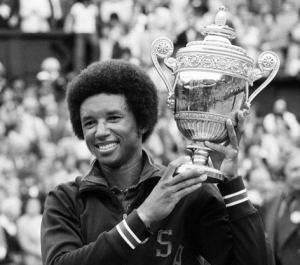 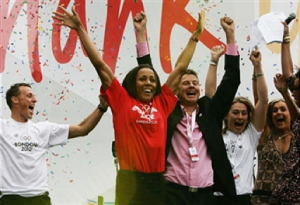 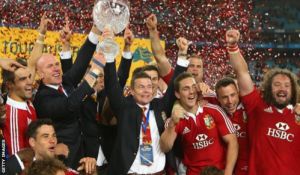 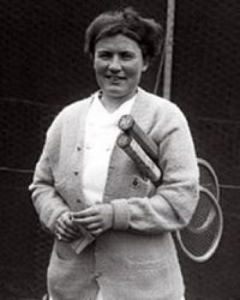 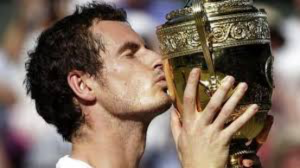 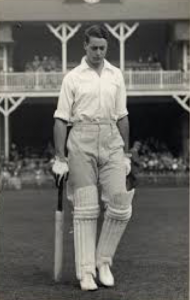 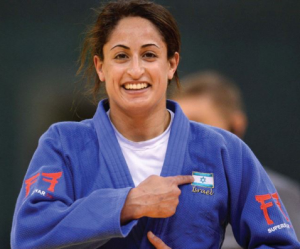 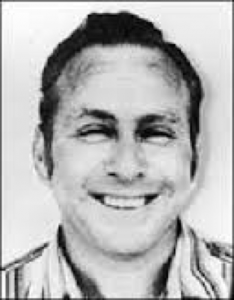 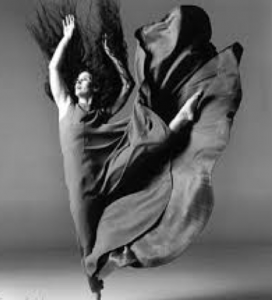 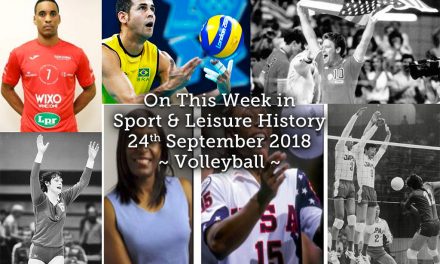 On This Week in Sport History ~ Volleyball 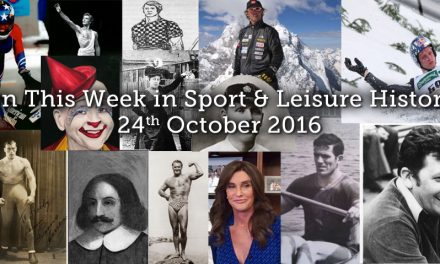 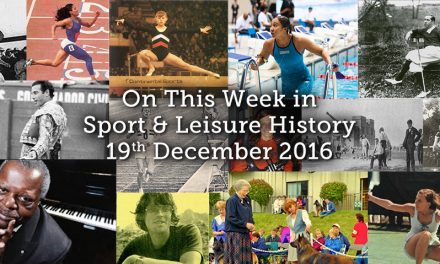 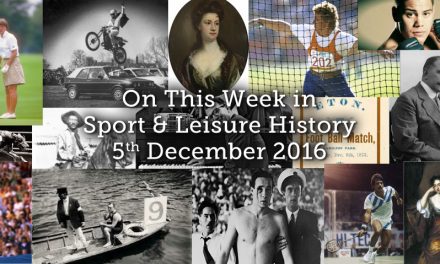